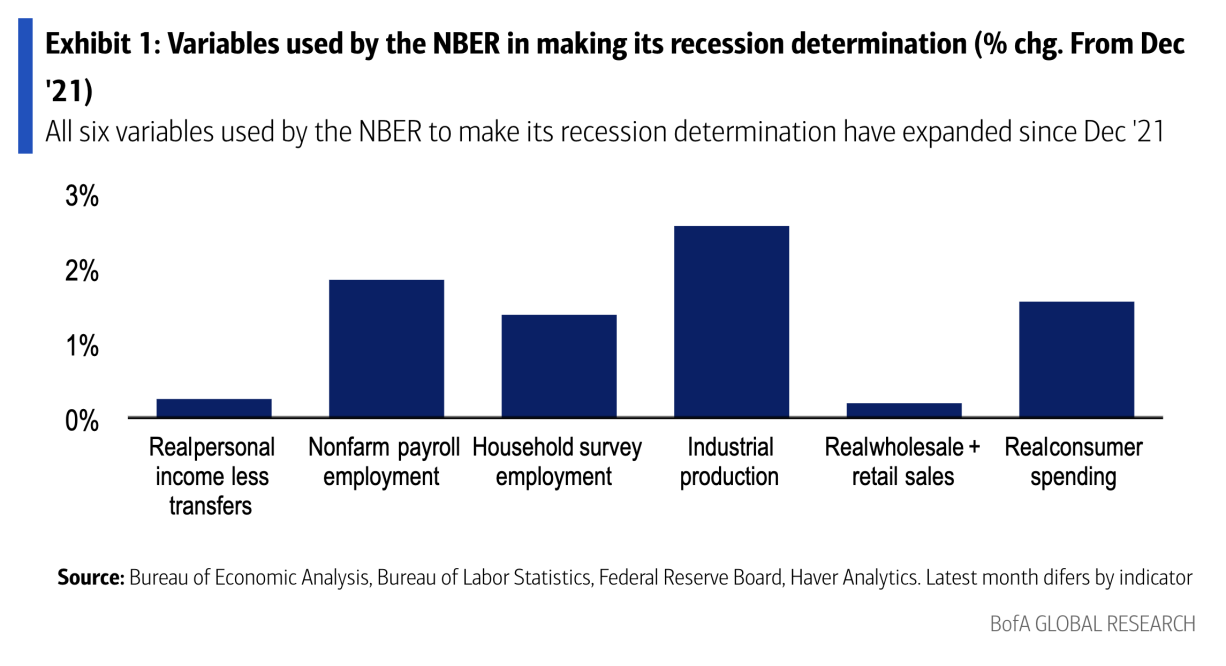 When analyzing history and 3 other criteria, The Economist predicts that if there is a recession in the US, it will be mild, but the recovery is slow.

In recent days, major banks, economists and former US officials have all said that a recession is almost certain as the Federal Reserve (Fed) seeks to control inflation. Three-quarters of CEOs of Fortune 500 companies forecast negative economic growth before the end of 2023. Google searches for “recession” spiked.

Former US Treasury Secretary Larry Summers said that whenever inflation goes above 4% and unemployment falls below 4% – indicating that the economy is overheating, within 2 years, the US will fall into a recession. withdrawal. The US economy has now broken through these two thresholds.

Last year, the Fed and investors believed that inflation would subside as the pandemic subsided. Now no one believes it anymore. Supply is tight and energy prices are rising sharply amid high demand. The question is, in order to cool down inflation, the Fed will have to tighten monetary policy strongly, how can the economy be affected? What if the US falls into an economic recession?

The first way to forecast is to consult history. The United States has experienced 12 recessions since 1945. Many observers point to similarities between the situation today and the early 1980s, when the Fed heavily controlled inflation, leading to a deep recession. .

Another example is the recession that led to the energy crisis of the 1970s, similar to the current spike in food and oil prices. Some have linked the dotcom bubble burst in 2000 to this year’s plunge in tech stocks.

But in addition to the above similarities, the US economy today also has major differences. Inflation is not as difficult to intervene as in the early 1980s. Growth is not as energy intensive as it was in the 70s. And the economy is facing more complex fluctuations than it was in 2000.

The unusual nature of the economy can be seen from the pandemic recession in 2020 and the strong recovery in 2021. Financial and monetary stimulus flooded the economy – something that is not present in recessions. advance withdrawal.

Another better way to predict is to analyze three aspects: the real economy, the financial system, and the central bank. First is the resilience of the background real economy – the most important line of defense during a recession. Americans are on a solid financial footing. Household debt is about 75% of GDP compared with 100% before the 2007-2009 financial crisis. Annual liabilities account for about 9% of disposable income, the lowest level since the 1980s.

Many households have large cash flows thanks to the past two years of handouts and reduced spending on services during the pandemic. Their savings have exceeded 2 trillion USD (accounting for 9% of GDP).

During recessions, the unemployment rate tends to rise. However, the labor market right now is in dire need of people. For every unemployed person, there are 1.9 jobs posted.

However, even if most people are less affected by the recession, they still have the ability to reduce spending when the economy is down. This will reduce the revenue of businesses.

An important question is how falling profits will affect high debt levels. Unlike households, companies have increased their borrowing over the past decade. Non-financial corporate debt now stands at 75% of GDP, close to the old record.

Certainly many companies have taken advantage of record low interest rates during the pandemic. Last year, they refinanced existing debt with a lower-interest, longer-term loan. That reduces debt maturing by 27% this year, or $250 billion. It also makes them less vulnerable to rate hikes.

However, companies with less stable finances also took advantage of the recent period of cheap money. Bonds rated BBB – the lowest of the investable tiers – now make up 57% of the investment-grade bond market, up from 40% in 2007. As the recession hits, ratings on many of these bonds This can slide a step or two. And as bonds move from investment to speculative, or junk, status, they become a lot less attractive to many investors like pension funds and insurance companies.

However, thanks to the low cost of borrowing as a starting point, the bad consequences will be limited. Under the pessimistic scenario – when a recession hits with higher input costs and rising interest rates – S&P forecasts 6% of speculative corporate bonds will default next year. This is higher than the current 1.5% rate, but only half of the 12% rate in 2009.

The second factor to analyze is financial system. Basel III capital adequacy standards have forced large financial companies to hold more capital and more liquid assets. As a result, banks have a much higher margin of safety today. “The next recession will not be the same as after the financial crisis,” said Jay Bryson, director of Wells Fargo bank.

Of course there are also new risks. Non-bank lenders issued about 70% of all mortgage loans last year, up from 30% a decade ago. Insurance companies, hedge funds and investment firms for the super-rich also take on additional risks. They take on more debt than they did 15 years ago and are among the biggest investors in low-rated corporate bonds.

However, an important stabilizing factor for other financial systems is the solidity of the real estate market. Sam Khater, vice president of mortgage lender Freddie Mac, estimates that the US is short of nearly 4 million homes. This is also different from the recession in 2007, when real estate investment activity was too high.

Tuesday is monetary policy. In March, the Fed forecast inflation would fall to nearly 2% by 2024 without interest rates having to exceed 3%. But not everyone thinks so.

James Bullard, President of the St. Louis Fed, thinks it is necessary to raise interest rates to 3.5% by the end of the year. Surveys even suggest that the Fed needs to raise rates to 5.5%. “We’re going to need a higher rate than the Fed is envisioning or the market is predicting,” Summers said.

In other words, the Fed is starting a journey with a clear destination (low inflation), a clear means (interest rates) but vague on how to get there (how high interest rates should be). They can only know the correct path by moving forward and watching the economy react.

But the Fed may be pleased with the results so far as the once-boiling stock market has now cooled. The impact on mortgages is also big: The 30-year fixed rate has risen above 5%, the highest in more than a decade. The credit market is not too tense right now.

All three of these factors suggest that a recession, if any, will be relatively mild. The finances of households and businesses are mostly stable. Risks in the financial system seem manageable. For its part, the Fed was slow to react to inflation, but was still able to handle the situation effectively.

So why worry? Because even a mild recession will hurt. Imagine a 2% increase in the unemployment rate and about 3 million Americans would lose their jobs.

The political consequences could be even greater. The recession of 1990 helped pave the way for Bill Clinton’s victory over George HW Bush. A mild 2023 recession could also cost President Joe Biden his next term.

For its part, the Fed will have to both fight to contain an overheated economy with soaring inflation and worry about excessive demand. If the rate hike cycle stops at a low level, the Fed won’t have much room to cut rates. As a result, the Fed is likely to have limited tools to intervene if the next recession looms.

When fiscal and monetary policy face difficulties, the US will most likely face a slow recovery. That is, after two years of high inflation, low growth can again become a headache for the economy.

Session An (According to The Economist)