The worst week for US stocks since Covid-19 appeared 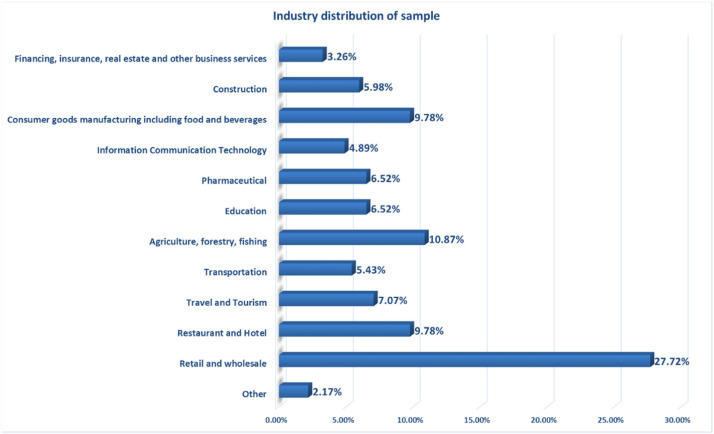 This slight recovery was not enough to revive the downtrend of the past week, with all 3 indexes closing with strong declines. Accordingly, the S&P 500 fell 5.8% for the week, the biggest drop since Covid-19 raged in March 2020. The Dow Jones fell 4.8%, its biggest drop since October 2020.

The S&P 500 Index also fell for two consecutive days on June 13 and 14, then rallied on June 15 when the Fed announced the biggest interest rate hike since 1994. However, the market then reversed on June 15. the next day when investors understood the reality of inflation continued.

All 11 industry groups in the S&P 500 are down at least 15% from recent highs, with 7 industry groups already in a bear market. Prosperous on June 17 were communication services and non-essential consumer goods, while energy and utilities lagged behind.

Decades-high inflation is rattling consumers and investors. They doubt whether central banks like the US Federal Reserve can overreact and push the economy into recession.

“The big question is will the Fed tighten enough to cause a recession?” said Jay Willoughby, chief investment officer at TIFF Investment Management. After raising interest rates by 0.75%, the Fed signaled it would continue to do so, putting more pressure on stocks.

The recent rate hikes have reversed an earlier cycle of easing policy that once helped boost stock and bond prices. News of further rate hikes for the rest of the year has raised concerns that rapid tightening could slow growth.

“Are we going to face a profit recession or an economic recession. And that’s still uncertain,” said Michelle Cluver, an expert at Global X.

U.S. mortgage rates recently hit their highest levels in more than 13 years. Hani Redha, Portfolio Manager at PineBridge Investments, said there is a chance that inflation could still rise further in the coming months as energy prices continue to escalate.

“Central banks are telling us to wait for the ‘pain’. Inflation numbers are the only thing that matters right now. Even if we see a big slowdown in growth, that won’t be enough to get the Fed to change course,” Redha said.

Brent crude oil yesterday fell $6.69, or 5.6%, to $113.12 per barrel. Moscow’s move to cut natural gas exports to Europe this week has pushed the continent’s energy crisis to a dangerous new stage, threatening to deplete vital fuel supplies and weaken the EU’s economy. On the exchange, Diamondback Energy, Devon Energy and ConocoPhillips all fell more than 8%.

Signs suggest investors seek out assets that are considered safe, such as the dollar and US government bonds. The WSJ Dollar Index, which measures the greenback against a basket of 16 currencies, rose 0.9%. In the bond market, 10-year Treasury yields are set to drop to 3.238%, with yields falling as prices rise.

“We’re getting close to the bottom,” said Josh Emanuel, chief investment officer at Wilshire Funds Management. He said that the stock and bond markets have largely reflected the risk of the economy.

Last week, Europe’s Stoxx Europe 600 added less than 0.1%. While in Asia, the Bank of Japan decided to keep interest rates extremely low on Friday, confirming that it will not join the trend of monetary tightening by the Fed and other central banks. Nikkei 225 fell 1.8%. In South Korea, Kospi fell 0.4%, while China’s Shanghai Composite gained 1%.

The once-boiling cryptocurrency market also saw another week of continuous bottoming, reinforcing investors’ concerns that there is nowhere to hide from the current turmoil.

Anxiety spread rapidly throughout the entire cryptocurrency market. One of the largest cryptocurrency lending platforms, Celsius Network, has announced it will suspend all withdrawals from June 19. Coinbase announced massive layoffs. Yesterday’s positive signal was that the price of Bitcoin and other cryptocurrencies showed signs of stabilizing again after falling sharply in the previous 10 days.

Previous articleWhy must you not use all-white furnishings?

Next articleThe girl who hasn’t cut her hair for 26 years, was dubbed the ‘cloud-haired princess’