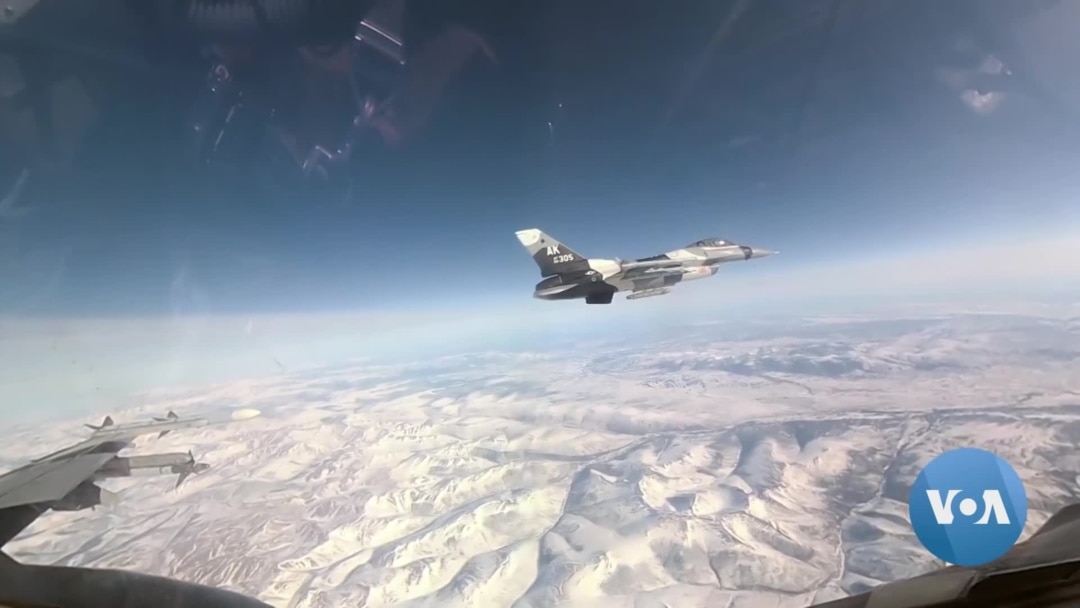 The US and its allies are considering the possibility of providing fighter jets and pilot training to Ukraine, to help Kiev increase its airspace defense capabilities.

The White House announced last week that the Pentagon was looking to supply fighter jets to Ukraine, following a statement by the US Air Force that it was considering training Ukrainian pilots to defend its airspace with Western fighters. NATO allies are also ready to supply Ukraine with Soviet-made fighter jets.

“In the early stages of the conflict, Ukraine was supplied with man-portable anti-aircraft missiles, which were considered a safe option for the West,” said Czech Foreign Minister Jan Lipavsky. “But now we are talking about tanks, armor and fighters, when almost all the barriers have been broken down.”

Analysts say that Ukraine’s steadfast resistance in recent months has contributed to changing the West’s position on the types of weapons supplied to this country.

Before Russia launched the operation in late February, the Ukrainian military used mainly Soviet-made weapons and military equipment. After that, the US and its allies began to supply NATO weapons to Kiev, initially with personal weapons, notably Javellin anti-tank missiles and Stinger man-portable air defense weapons.

As hostilities dragged on, the West continuously raised the bar for lethality of weapons to meet the needs of Ukrainian forces on the battlefield.

Slovakia, a NATO member, said this month it was considering supplying 11 Soviet-made MiG-29 fighters. In the process, the Czech Republic and Poland pledged to help Slovakia protect its airspace, ready to use their warplanes to respond to any incident.

If the US and its allies transfer to Ukraine standard NATO fighters such as F-15 or F-16, this will be a big step, helping Ukraine no longer have to depend on Russian-made systems like the one above. MiG-29 fighter.

Many US congressmen have called for increased support for Ukraine’s air defense and air defense systems. In the House defense authorization bill, Congressman Adam Kinzinger added an amendment to allocate $100 million for training Ukrainian pilots to use American aircraft.

In the Senate, lawmakers from both parties this month called on Defense Secretary Lloyd Austin and General Mark Milley, chairman of the Joint Chiefs of Staff, to consider providing more advanced fighters and flight training courses for Ukraine.

Members of Congress say the transition to US-made fighters, even for the most experienced Ukrainian pilots, will take months, especially during wartime. They also warn that the effort to supply spare parts for the aircraft will be very difficult.

According to them, the intermediate step in this process is to provide Ukraine with more Soviet-style fighters that its pilots are used to. After that time, when the pilots are fully trained, the US-made F-15 and F-16 fighters will be the best choice for the Ukrainian air force.

More modern fighter jets could help Ukraine strike deep behind Russian lines and provide ground fire support, especially in the vast plains south of Kherson and Zaporizhzhia that Kiev claims. will launch a counter-offensive to win back. They can also use these fighters to protect infrastructure, even shoot down Russian long-range cruise missiles.

US Congressman Mike Quigley, who recently met with Ukrainian President Volodymyr Zelensky in Kiev, said that the weapons of greatest interest to Ukraine right now are longer-range missile systems, as Kiev is preparing for a counter-offensive in the region. male.

However, Mr. Quigley, a member of the House Intelligence Committee, said that the proposal to supply fighter jets to Ukraine was once again received a lot of attention.

In March, after Poland proposed to deliver MiG-29s to Ukraine through a US airbase in Germany, the Pentagon rejected the offer, fearing that it risked escalation. The US intelligence agency then assessed that the transfer of MiG-29 fighters to Ukraine could be strongly reacted by Moscow, leading to direct military conflict with NATO.

Cedric Leighton, a retired Air Force colonel and president of strategic risk consulting firm Cedric Leighton Associates, says the West’s biggest worry in the early days after the conflict broke out was that Russia would win the war. quick victory over Ukraine. Therefore, they thought “why do we throw the best planes on the battlefield so that they are in danger of being destroyed”.

But this scenario is now less likely.

“People used to think it was going to be a disaster, but now they’re taking it seriously. That’s impressive,” Leighton said.

Next articleWhy is Mr. Biden ‘indifferent’ about impeachment of President Trump?