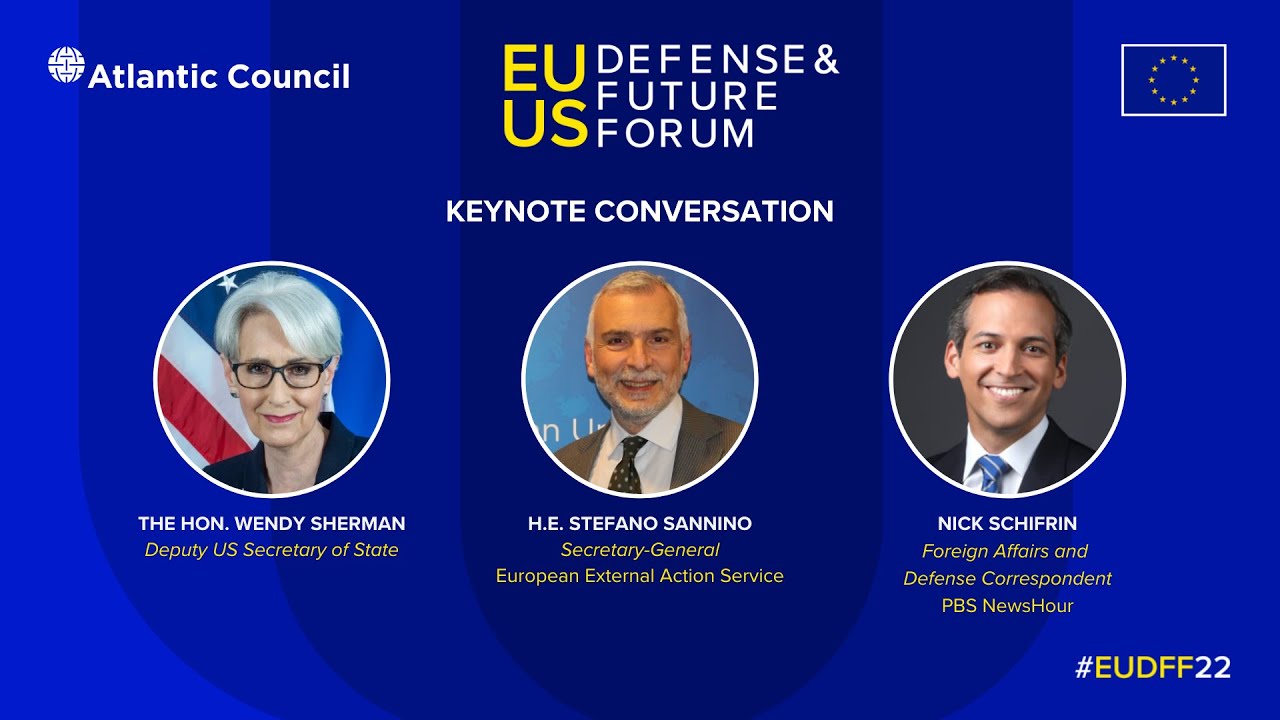 When the case broke, Malaysians realized that billions of dollars in the state budget had been embezzled to buy villas, private jets, antique paintings and give Hollywood stars.

On June 22, 2015, Xavier Justo, 48 years old, is striding in front of his hotel on Koh Samui island, Thailand – where it has spent 3 years building a wooden and white stone villa overlooking the sea, waiting for opening day. stretch.

That afternoon, he was on a survey team of the Department of Tourism. But the police arrived handcuffed him and led him away, confiscating all documents, files and computers in the office.

Two days later, Justo was led to Bangkok still wearing flip-flops and shorts. He is accused of blackmailing his former employer, the oil company PetroSaudi in London, England. Two years ago, Justo handed over 90GB of confidential company documents to a journalist, with the intention of reporting a global financial fraud.

Justo’s arrest brought attention to the judicial authorities of 10 powers, and they decided to investigate the truth of this “global scandal”. The shocking details about the big-name figures in the global political, financial and entertainment circles are gradually being revealed. The case was later described by Loretta Lynch, the US Attorney General, as “the largest financial fraud case in American history”.

The US Department of Justice (DoJ) accuses PetroSaudi of collaborating with senior Malaysian leaders to embezzle at least $3.5 billion from 1Malaysia Development Berhad (1MDB), the economic development fund was established by Malaysian Prime Minister, Najib Razak in 2009.

The story can begin with a Malaysian trader, Jho Low. He is famous for his parties with Hollywood stars and his intimate image with the presidents of major global banks.

Actor Leonardo DiCaprio even mentioned his name in his Golden Globe Award acceptance speech for the film that helped him win the Best Actor award in the work. The Wolf of Wall Street.

Low was Manh Thuong Quan who financed the film with $100 million, and was also a close friend of its producer, Mr. Riza Aziz, the stepson of then-Malaysian Prime Minister Najib Razak.

Low holds no official position in the government, but is the prime minister’s number one confidant.

In August 2009, through Jho Low’s arrangement, Prime Minister Najib had a private reunion on a 92-meter superyacht off the coast of Monaco. The people they met were businessman Tarek Obaid and Prince of Saudi Arabia, Turki bin Abdullah – two CEOs who co-founded PetroSaudi, an oil and gas corporation with billions of dollars in annual revenue.

The meeting took place in the context that the Malaysian government has just opened 1MDB fund to promote economic development, initially with more than one billion USD. Prime Minister Najib has full power to approve investments as well as fire any board members at will.

No one knows what the people on the yacht talked about, but a week later, a $2.5 billion deal between PetroSaudi and 1MDB was signed. Accordingly, the two sides will establish a joint venture, the purpose is to cooperate in developing Malaysia’s oil potential. PetroSaudi will contribute $1.5 billion worth of oil and gas, while 1MDB will inject $1 billion in cash.

But the US Supreme Court documents later determined that 1MDB only transferred $300 million to a joint venture account, and the remaining $700 million was sent to a personal account in Switzerland.

The US alleges that this account was created by Jho Low for private enjoyment and distribution to officials. A few days later, according to investigative documents, the account of PetroSaudi CEO Tarek Obaid also received another $85 million. In short, the deal has all the signs of a corruption and money laundering case.

The growing business made Tarek Obaid need to find a director with real ability to take care of the business, so that he would be free to take care of illegal things. He remembered his best friend, Xavier Justo, who had just resigned as a director of a Swiss bank and retired to the hotel business in Thailand.

Obaid asked Justo to be the director of PetroSaudi at the London branch. “The company took off overnight, but it needed a solid captain,” Obaid tells you.

Justo quickly agreed, intrigued with the promise of a £400,000 monthly salary, “millions of dollars in bonuses” and a luxury apartment for £10,000-a-week in Mayfair, central London.

Justo arrived in London in the spring of 2010 but was dropped from the lucrative Malaysia business. Instead, Justo was sent to start a business in Venezuela, constantly flying back and forth between the two capitals.

He was increasingly dissatisfied with working conditions at PetroSaudi. His salary is only half of what he promised and there are absolutely no million-dollar bonuses. Even, Justo was paid late or burst wages for several months. The last straw was that he and his wife had to pay for their apartment in Mayfair.

Meanwhile, money from 1MDB is still being pumped into the private accounts of members of the joint venture PetroSaudi-1MDB.

Justo initially thought that the company was in decline, but then gradually realized that he was the only poor person in the leadership of PetroSaudi, not only that, but he was often provoked by Obaid.

Finally, in 2010, the two’s long friendship broke down after less than 12 months Justo returned to PetroSaudi. In response to your resignation letter, Obaid sent dozens of angry, cursing emails.

Under the previous agreement, PetroSaudi would have to pay Justo a salary and a percentage of profits of about £5 million. But in the end, at Obaid’s direction, Justo left with only £3 million.

The betrayal of his best friend made Justo, who was “at the bottom of emotions”, in tears and immediately flew back to Thailand.

In September 2013, more than two years after leaving PetroSaudi, Justo sent a fateful email to the former company’s management. “You should pay me the remaining balance. I have all the evidence to destroy all your evil ventures.”

When this email was ignored, Justo decided to give it to Rewcastle Brown, a 54-year-old British journalist known for her investigative reports exposing corruption in the timber and oil industries.

“The people we’re going to deal with are very ruthless, extremely rich and very very powerful. They can kill us any time, you know?”, a trembling Justo told the female journalist. “If I was afraid, I wouldn’t have met you,” she replied when they met at Justo’s hotel in Thailand.

In the weeks that followed, Mahathir criticized the effectiveness of the 1MDB fund and publicly warned that 1MDB was adding to Malaysia’s bad debt levels. In November 2014, 1MDB owed $11 billion.

Meanwhile, Justo had the first successes in exposing this financial scandal. In January 2015, through the recommendation of journalist Rewcastle Brown, more than 90 GB of data denouncing PetroSaudi and Malyasia officials was sold by Justo to Malaysian media tycoon, Tong Kooi Ong, for £2 million. “With exactly the same amount of money I was stolen by PetroSaudi,” Justo said.

On February 28, 2015, Rewcastle Brown, published her first report with the evidence provided by Justo, with the headline: HEIST OF CENTURY, on The Edge, Malaysia’s leading financial magazine, owned by Tong Kooi Ong.

The report had a global effect, and the high-level financial investigators of a series of major powers “touched” the big ears involved.

In Malaysia, a day after the shocking report, on March 1, 2015, the leader of 1MDB confirmed to have “say goodbye” to PetroSaudi since 2012. They denied all allegations. But the Central Bank and Malaysia Anti-Corruption Commission (MACC) started looking into 1MDB and investigating the Prime Minister.

Prime Minister Najib orders the suspension of the publication The Edge. Rewcastle Brown was forced to come Wall Street Journal to continue publishing his reportage.

In July 2016, the US Department of Justice (DoJ) launched a civil lawsuit to seize more than a billion dollars of “dirty” Americans from the 1MDB fund.

When the scandal gradually broke, Hollywood artists close to Jho Low were in turn dug up by the media. As a result, in March 2018, in a California court, film producers The Wolf of Wall Street returned $60 million previously funded by Jho Low and 1MDB. Supermodel Miranda Kerr and actor Leonardo DiCaprio were also questioned by the investigative agency, due to receiving tens of millions of gifts and jewelry from Jho Low.

On July 3, 2018, Prime Minister Najib was arrested by MACC . start. The next day, he was indicted at the High Court in Kuala Lumpur on three counts DRAWI breached trust and a crime OFFERabuse of power. A month later, he was charged with 3 more crimes CHEAPer money. He denied all charges.

In the next three months, the former Prime Minister was repeatedly accused of nearly 30 more crimes, continuously going in and out of the detention center with a total bail of nearly one million USD. In total, Mr. Najib faces 42 charges.

After three years in prison in Thailand for BlackmailXavier Justo appeared in Malaysia, coordinated in the investigations against Prime Minister Najib.

On July 28, 2020, Mr. Najib was found guilty of 7 crimes by the Supreme Court OFFERabuse of power, CHEAPmoney and Breach of trustbecame the first Prime Minister to be convicted of corruption.

Tarek Obaid is still being tried by the US and Malyasia Courts with many charges.

As for Jho Low, he fled Malaysia, refused to cooperate with investigators and denied allegations of embezzlement of $ 4.5 billion. In 2019, his name was once again called by the world media when he was accused of being involved in the prostitution brokerage scandal of K-pop star, singer Seungri.

Next articleRussia, the US have a war of words over Ukraine’s nuclear plant