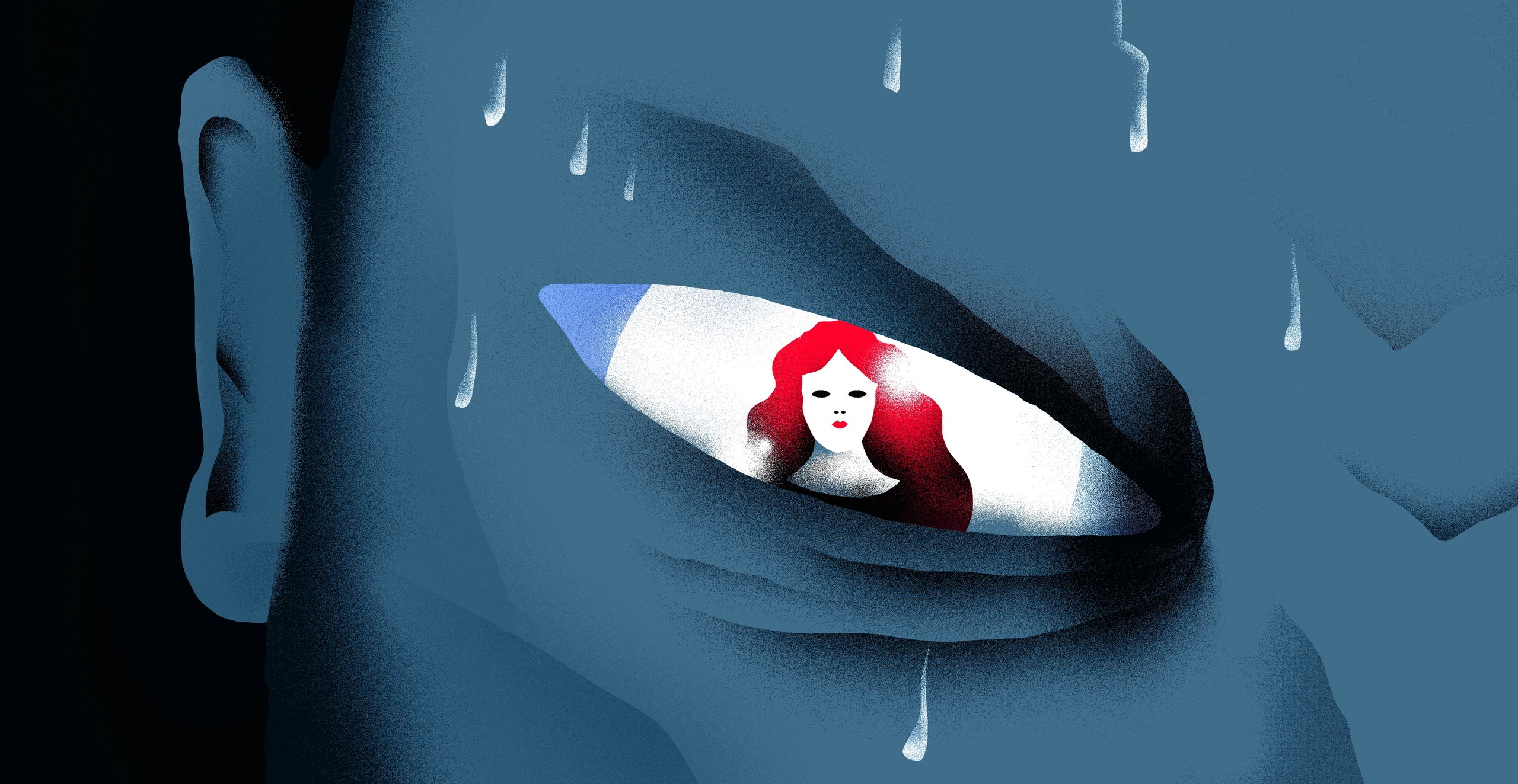 ChinaBecause the perpetrator had humiliated but did not force the victim, the police speculated that he may have had unhappiness in his marriage and developed a hatred for women.

At 8 pm on May 3, 2003, when she discovered that someone was following her on the way to her apartment on the 6th floor of an apartment building in Linghe District, Jinzhou City, Liaoning Province, Ms. Thang quickly opened the door to enter the house.

At 10:10 p.m., while watching TV, she suddenly saw a foot poking in from the balcony, then a black figure jumped into the room. She panicked and ran towards the door when she was hugged from behind. She struggled fiercely while screaming for help, causing the intruder to flee.

Not long after, while the police were investigating the incident, another girl had a similar situation.

Accordingly, around 11:10 p.m. on May 18, 2003, Ms. Trieu, living on the 6th floor of an apartment building on Ve Dong Street, Lang Ha District, was sleeping and suddenly felt that someone covered her mouth, nose and strangled her. Zhao at first thought she was having a nightmare, but when she opened her eyes, she was startled to find a masked figure standing in front of the bed. Zhao protested while calling his son who was sleeping in the next room. The two tried to unmask the man during the altercation, leaving behind a pine stick and fleeing the scene.

The perpetrator’s hood is an important piece of evidence. It was originally made from a regular black tank top, with two holes cut in the middle to reveal the eyes. Inside the hat, police found three strands of hair and several sweat stains.

Police took the specimen to Shenyang City for DNA testing on June 5, 2003. But unfortunately, two DNA testing equipment in Shenyang was damaged. Unable to wait for the equipment to be repaired, the police decided to take three hairs to the Ministry of Public Security for assessment, going through many procedures, so there are still no results.

While the police aggressively searched for the suspect, on May 26, 2003, a woman also living in Lang Ha district was murdered at home.

On May 31, a 31-year-old female teacher died in an apartment on the 6th floor of an apartment building in Co Thap district. At the scene, the victim’s body was stabbed several times and died at 1am. Police discovered that the perpetrator stayed at the scene for at least two hours after the crime, arranged the body and used a knife to carve words on the victim’s back.

Within a month, four similar cases in a row occurred against women, the police suspected the perpetrator was a person and it is likely that he will continue to commit crimes.

Police said he often commits crimes in high-rise apartments, breaking in from the balcony, exiting through the door. He has a calm attitude when committing crimes, knows how to handle the scene, leaves no traces, can be an adept or has a criminal record.

In the two murders, the perpetrators both humiliated the body but did not force sex, from which the police speculated that he might have had marital unhappiness, generating hatred towards women. female.

Combined with the descriptions of the two victims who had confronted the perpetrator, the police painted a portrait of the suspect, about 40 years old, from 1.6 m to 1.68 m tall, of medium or slightly thin build, colonial pine. neighborhood figure, good at climbing, may have a criminal record.

At 6 pm on June 13, 2003, the police received news that a woman in Co Thap district was murdered at home, the suspect’s tricks were similar to the case on May 31.

The victim, surnamed Vu, 45 years old, has been separated for many years. The house Vu lives in belongs to a friend, she just moved in less than a month. Vu returned home at about 9pm on 11/6, neighbors confirmed hearing the door open, discharge water.

During the investigation, the police discovered Vu’s cell phone was lost. They immediately retrieved the phone information, discovered Vu was murdered on June 11, but then the phone still called and received the phone between 9am and 12:14pm on June 13. That proves the victim’s phone is most likely in the hands of the perpetrator.

Police tracked down the approximate location of the phone, found it moving in the direction from Jinzhou to Shenyang, starting at Dahu Mountain and stopping at the south station of Shenyang.

On the other hand, the police investigated the five people who made the call. A friend of the victim said that when he called, the other party did not speak, he heard the sound of wheels “tumbling”. Police speculated that the suspect had arrived in Shenyang by train.

At that time, the SARS epidemic was still tense, and commuters were strictly controlled, which made it easy for the police to find out information about passengers on the train.

According to the records, a total of 257 passengers took the K641 train from Jinzhou to Shenyang on June 13, including 159 men and 98 women. Of which, 139 people boarded the train from Cam Chau station, including 75 men and 64 women. Police in turn checked passengers on 16 carriages along with 32 crew members and service staff.

At the same time, while investigating a second-hand mobile phone market near Kunshan Road, south Shenyang station, the police found the victim’s mobile phone in the case on May 31. The shop owner described the appearance of the person who came to sell the phone very similar to the suspect being sought.

On June 24, the police identified 13 suspicious men on the train, thereby finding a person surnamed Sun through the identification process of the victims and witnesses. But the results of a comprehensive investigation into Ton showed that he did not have the qualifications to commit a crime, so he was quickly excluded.

The police must increase the investigation force from 400 to 700 people, arrange police officers on duty from 9 pm to 3 am the next day at most residential gates in the community, closely monitor people entering and exiting the train station. .

But after a while, the killer still disappeared.

On July 6, the police conducted a lie detector test with 13 suspicious people on the train. In particular, the passenger named Hua Quy Tru, 40 years old, had an abnormal expression, could not pass 7 questions of experts. Tru was also found to have lied about the reason for coming to Shenyang.

However, during the interrogation, the police did not ask any information from Tru. They turned to his wife and received many important clues.

The wife once testified that “Tru never went out at night”, but later admitted that her husband often left the house and did not return during the night. She once bought her husband two black tank tops after marriage, one was worn and used as a rag, but the other was never found. The shirt she described resembles the one sewn into a hood.

Through investigation, Tru was expelled when he enlisted, then went to prison three times for theft. Being asked for a divorce by his ex-wife, he developed a hatred for women.

On the afternoon of July 11, the police received DNA test results on the hood that completely matched Tru’s DNA.

But during interrogation, Tru still refused to cooperate, repeatedly fabricated stories, falsely told the truth, or admitted in a loose way, without giving real evidence. He admitted to murder but always concealed his motives for the crime.

Tru was not identified among the original 13 suspects because he was having a toothache at the right time, his cheeks were swollen, causing his face to deform, fortunately escaped the crime.

Investigations showed that Tru was a typical double-faced man. On the outside, he acts like a killer without blinking, with a perverted mentality. But in the eyes of his mother and wife and children, Tru is a good son, a good husband and father.

Next articleRussia invites the UN, the Red Cross to investigate the shelling of the POW camp