The disguises to solve the crime of a drunken scout 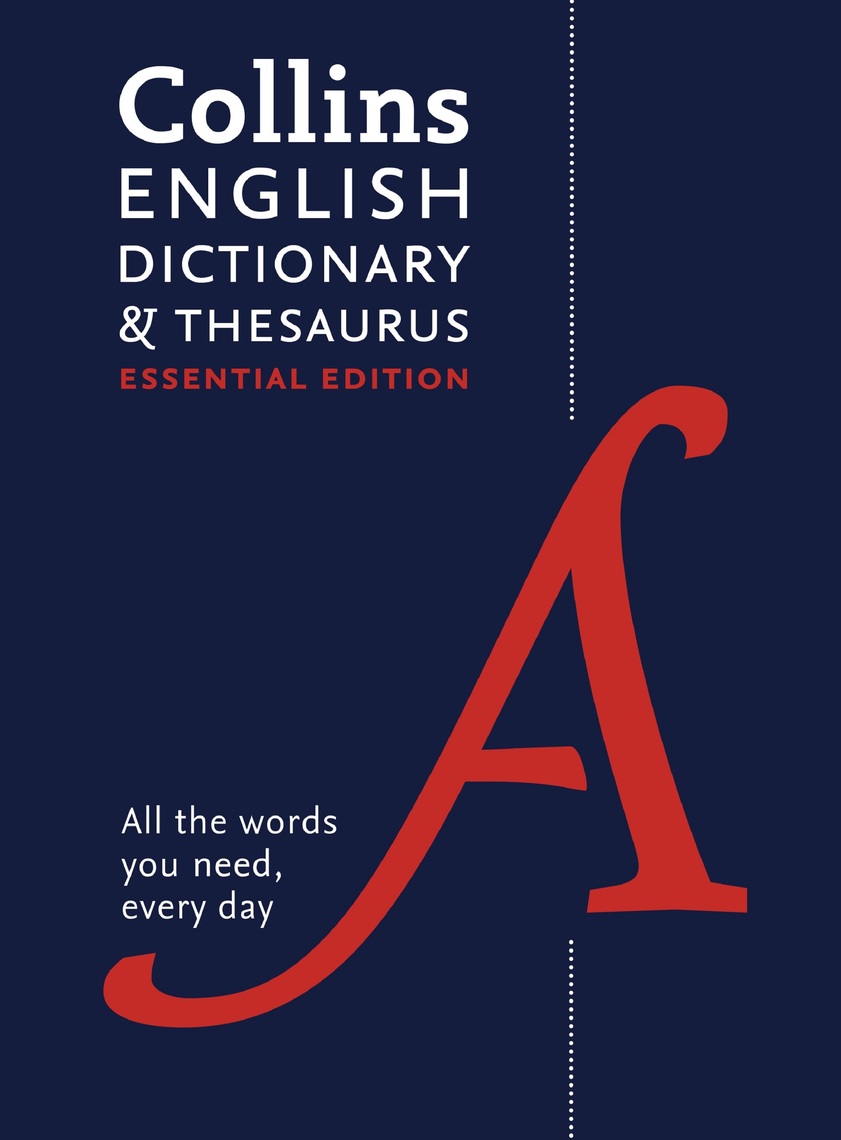 Hanoi“Teacher” Nguyen Phuong Thao followed the male parent into the closed door of the house. The father glanced around when he unlocked the door, when suddenly, from behind, the criminal police rushed in.

“Everyone sit still. The police are here,” the commander’s voice echoed throughout the five rooms. Dozens of gamblers who were bobbing on the mats were startled, scurrying and running along the windows, bathrooms, and back gardens. But all were immediately controlled by the police ambushing there, Lieutenant Nguyen Phuong Thao (Police Investigation Team for Social Order Crimes, Ung Hoa District Police) told about unforgettable judgment memories. in 2018.

That day, the casino owner who was standing in front of the house did not have time to turn his head, was “teacher” Thao turned around, twisted his hand behind his back and locked it with handcuffs number 8, the decisive action was less than two seconds. Frustrated, surprised, he turned around and said to the woman who was holding his hand: “Is the teacher a police officer? You feed us a big donkey.”

Less than 5 minutes ago, stopping the motorbike in front of his house, “teacher” Thao called out: “Brother Hung, I’m taking you home”. The man appeared, carefully locked the door behind him and walked over to open it.

Without waiting for him to invite him in, Thao drove the car straight into the yard, helped the child down, then turned to the father with a serious expression: “You just leave the gate there, I’ll be right back. Now, I’ll take you home early to discuss directly. Tell me some important things about your study situation.”

The father hurriedly opened the door of the house, before he could invite the teacher in, the criminal police rushed in. The gamblers were led away in the night, in later testimonies, they all said that they did not expect to “fall into the net” in such a “movie-like” situation.

According to the police, Hung and his wife specialize in organizing gambling at home, only operating at night. Around the house, there are many cameras, many open spots to escape, and always lock the door, lock the gate. Determining that the “attack” was not feasible, the special team changed tactics: Du Hung opened the door of the house to break in.

Hung’s son takes extra classes every evening on odd days of the week. That night, the wife, who was also the only person in the family who knew that the teacher was busy, asked her to take the child home. Not missing this opportunity, the project committee immediately assigned Thao to play the role of a teacher to bring the baby home, trying to convince Hung to unlock the door.

Lieutenant Thao met and persuaded the teacher to support the project, committing to bring the baby back safely. And the plan worked.

If she was a little more feminine and pleasing to her mother, Thao could have really become a teacher. “But both of those things, I don’t have,” the 30-year-old girl laughed, admitting she was stubborn.

Thao is a green idol in uniform, loves martial arts, and has been catching criminals since 2000, when the first episodes of the movie craze. Criminal Police. A few days after telling her mother “I’ll go catch criminals like this in the future”, then 9-year-old Thao enrolled in the school’s martial arts class.

Rolling on the brick floor training ground of Lam Kinh ancient citadel, Tho Xuan district, (Thanh Hoa) under the blazing sun and returning home from the first training session with bruised knees and bleeding palms, Thao was beaten by her mother. scolded, not allowed to learn martial arts. Even so, Thao said, she still sneaked to the dojo, trying to hide the scratches on her body with tight clothes.

The master at the dojo knew about it and went to the house to convince Thao’s parents, promising not to let her get hurt. Thao gradually made her parents satisfied with her good academic performance, martial arts medals and certificates of merit hanging on the wall of the house.

From grades 8 to 10, Thao was selected to enter a martial arts school for the gifted, named in the talented karate team of Thanh Hoa province, aiming to compete professionally. Confused between the two paths, Thao finally persevered with the color of the police uniform, returned to study culture and took the entrance exam to the People’s Police Intermediate School.

As one of only two female students in the class of 110, but her military, shooting, and martial arts lessons did not make it difficult for Thao. But in the profession of criminal reconnaissance, Thao found that “intellectual strength and cunning are more important than fists”.

Graduating in 2012, Thao was assigned to the Crime Investigation Team of Social Order, Ung Hoa District Police. During the first years of joining the unit, Thao’s uniform was still new because most of the time she wore jeans and T-shirts, jumped on a motorbike, roamed around the district, and learned about the area.

Thao or swooped into any water stall, truck restaurant, dike or field, started a conversation with motorbike taxi drivers, street vendors, jumped into the rice fields, herded ducks, knitted cocoons… with people. in a very natural way. Over time, Thao confidently “belongs to” Ung Hoa more than the natives, can play many required roles, ready to sit on the dusty bank, “hunt” the target to the end.

At the age of 21, his first “role” was to act as lovers with a male colleague to enter a local motel to scout and serve the case of prostitution. But as the old teacher said, “the life of a scout is not always accompanied by a companion”. Over time, the “roles” make it more difficult for female scouts, requiring more bravery.

In December 2018, people reported that on a deserted road from Van Dinh town to Tao Duong Van commune, there were consecutive cases of women’s handbag snatching at dusk. The suspect was described by locals as two young men wearing dark clothes, riding a motorbike without a license plate. As the team’s only female scout, Thao volunteered to play the role of “prey” to lure them out. “I have martial arts, I’m not afraid,” she suggested to the chief.

“Criminal detectives have to disguise themselves in many cases to penetrate, investigate the reality, Thao always does very well. Women doing this job will have to work harder, sometimes beyond endurance and ability, but Thao She is very passionate about her job, pushing herself above these limits,” said Senior Lieutenant Colonel Pham Hong Phong, Deputy Chief of the Ung Hoa District Police Department about his female colleague.

During 5 years of work, Thao has “role” hundreds of times, never having any reconnaissance mission broken. The brothers in the team never doubted the ability of the female teammate, but this time they were more worried about her. “They can be armed, violent, not except for being forced to drive, causing an accident …”, Thao’s captain offered the possibilities.

But undeterred, Thao immediately went to the market to buy three bags. She cut off the strap, glued it lightly with tape so that if it was snatched, it would be easy to separate and avoid being dragged with the bag. The very next day, at dusk, in the days leading up to the rainy and cold Tet, Thao turned into a “bait” on that road.

The female scout was driving while not taking her eyes off the rearview mirror, listening to her surroundings. The sound of teammates waiting at points along the way, sometimes resounding in bluetooth headsets: “See anything, Thao? Are you okay?”. But the band of robbers did not appear.

Thao was not discouraged, the next day she changed her outfit, changed her bag, borrowed another car, “drying herself” for 7 days on the road. But it seems the bandits have moved, or noticed something unusual. They did not “fish” this way but were caught in another route, just 4 days later.

Recognizing herself as a strong person who does not shed tears easily, Thao said, 10 years since entering the profession, she must have only cried twice, both because of “bitter” when she “lost” her goal, or took a long time. than expected to catch criminals.

On March 22, Lieutenant Thao was the only woman in the 10 “Typical Outstanding Young Faces of the Metropolitan Police”. Sharing about “role-playing” times, Thao confided: “Criminal scouts are like ‘chameleons’. Role-playing is not just about changing clothes, it’s the story of bravery trained in the public force. people’s security”.

Previous articleThe super-rich have lost $1.4 trillion since the beginning of the year

Next articleRussian Embassy in the UK proposes to hang soldier Azov