The boy cooks, writes calligraphy, sews with his feet ChinaFan Yutian, 33, lost his arms in an accident at the age of three, but he has taught himself and can do everything with his feet.

Fan was born and raised in a poor family in the Zhuang Autonomous Region, Guangxi. Since childhood, he has won many awards in swimming, calligraphy, dance and public speaking competitions.

“You are amazing. I thought I was useless, but after knowing you, I see no insurmountable obstacles,” one person wrote.

In one video, Fan threaded a needle, knotted the thread, and repaired an unstitched t-shirt with his mouth and feet.

He learned to sew when he was eight years old. At that time, seeing her grandmother mending clothes she picked up from the trash, Fan wanted to help. “But she stopped me, saying don’t ’embarrass yourself.’ I was still determined to try and do it,” he said. 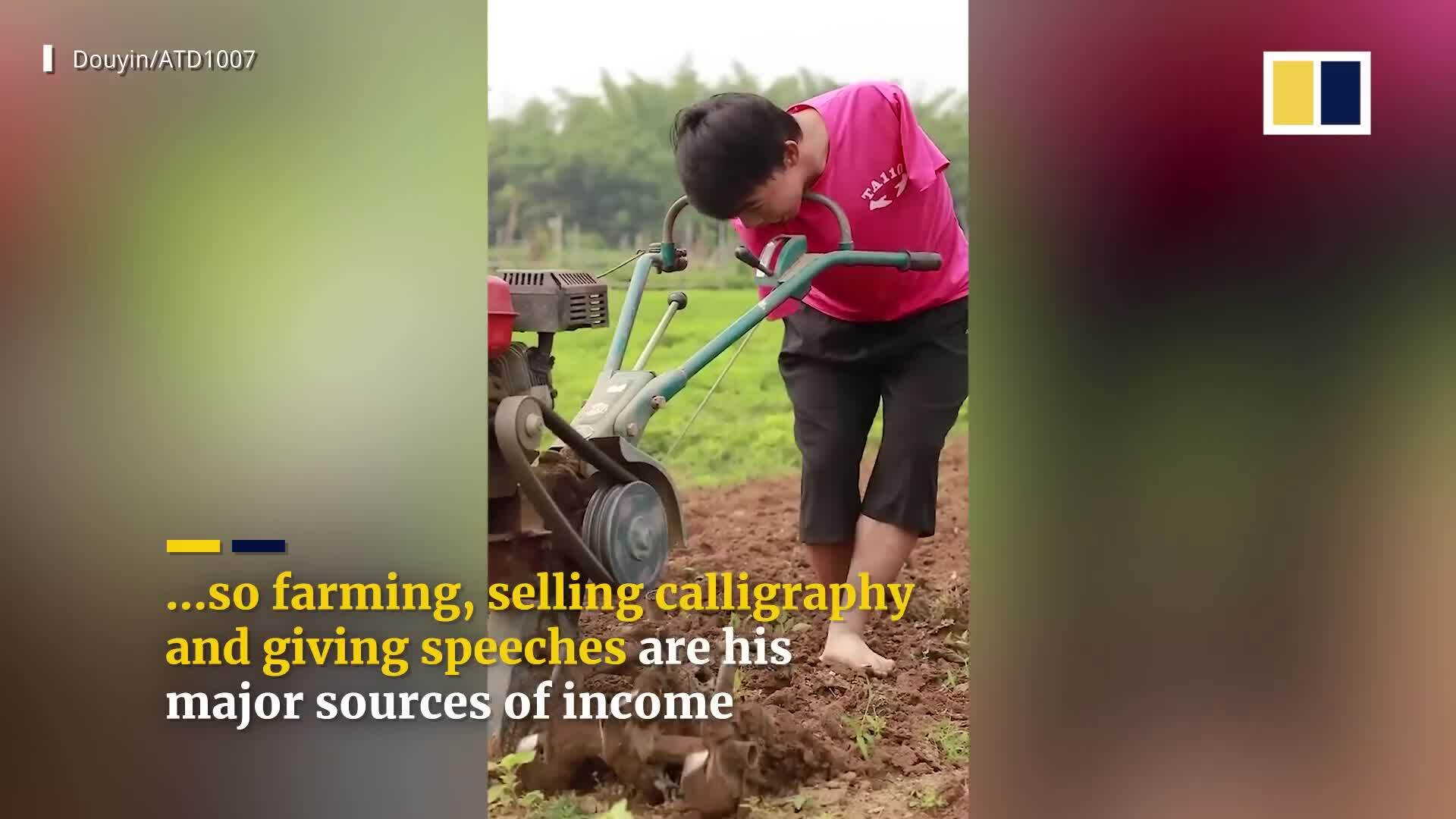 Since childhood, Fan has learned most of the skills such as cooking, swimming, fishing and farming. Many people despise him because of his physical disability. But then, watching Fan do everything with his feet, they took him as an example for their children.

From a poor family, Fan had to drop out of school in 9th grade. But he often appeared at schools when he was invited to give speeches to inspire students. This repetition makes Fan turn from a man of few words to a man of words. After two years of practice, he won the third prize in the public speaking contest for young people in 2018.

“I want to promote myself, make more people know me and like me. Then I will help the villagers sell local agricultural products online. I also want to go to as many schools as possible to tell the students ‘ Be strong,'” he said.