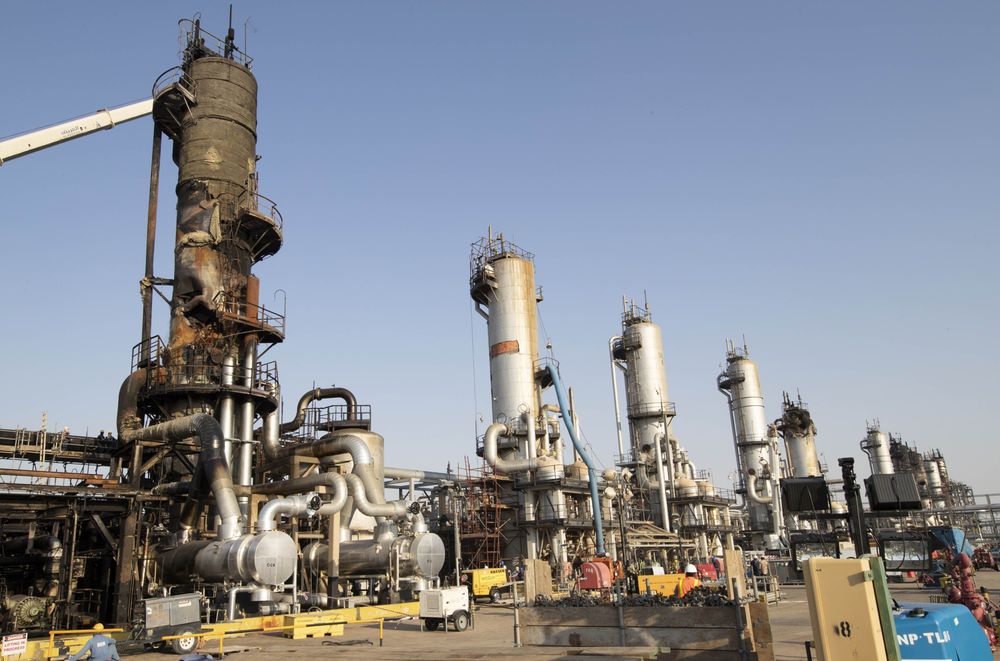 The oil power in West Asia is trying to get rid of its dependence on natural resources, towards a diversified economic development in entertainment, tourism, etc.

More than a month ago, Saudi Arabia was among the countries that benefited from the war in Ukraine when fuel prices were high. In addition, the political and diplomatic benefits are also great as Western countries seek to establish better relations with Riyadh. It all comes down to the country’s ability to rapidly increase oil production.

However, this situation will not last and the Saudis know it.

In a recent interview on German TV DWan Arab businessman likened his country’s economic trajectory: “My grandfather rode a donkey to work. Then my father drove a Mercedes to work. Now I drive a Lamborghini. But my son what? It might come back riding a donkey to work.”

This businessman’s prediction is well-founded. Saudi Arabia earns 80% of its export income from oil, which is about 40% of GDP. But analysts say that at the current rate of production, the country’s oil reserves will last only 60 years. A 2020 report from the Brookings Institution indicates that in the medium term, oil revenues are expected to decline as world demand begins to cut from around 2040, or possibly earlier.

This is partly because in the long run, the West tries to completely abandon fossil fuels. While it may benefit Saudi Arabia in the short term, the war in Ukraine is actually accelerating the transition to renewable energy. In Europe, this is seen as a way to make the continent less dependent on fossil fuel suppliers such as Russia and even Saudi Arabia.

In response to the above scenario, the Saudi government tries to diversify the country’s business activities, away from the oil dependence that has existed for decades. A major strategy of this West Asian kingdom called “Vision 2030” was announced in 2016. The strategy focuses on developing service sectors such as health, education, infrastructure, entertainment and travel. In particular, the highlight is the construction of Neom – a huge eco-city 33 times larger than New York with a ski resort named Trojena and the tallest buildings in the world…

In addition, the country also aims to improve business conditions, improve the quality of public services and increase religious tourism.

Recently, Saudi Arabia has had some success. In May, the country announced that non-oil exports had grown by 29% in the first three months of this year, to about $21 billion. The ranking on the Tourism and Travel Development Index, conducted every two years by the World Economic Forum, has also improved. Compared to 2019 when ranked 43rd in the world, Saudi Arabia ranked 33rd in 2021.

“In most Gulf countries, efforts to diversify the economy seem to be progressing at a faster rate than in previous decades. In particular, Saudi Arabia has made great strides,” said Nader Kabbani, an expert. on economic development by the Qatar-based Global Affairs Council for the Middle East.

Over the past three decades, the share of oil income in the country’s GDP has fallen. According to researchers from the Royal Abdullah Center for Petroleum Research and Applications, this share has fallen from 65% in 1991 to around 42% in 2019. The World Bank predicts that non-oil activities Mines will continue to grow at an average rate of about 3.2% a year over the next few years.

However, Manfred Stamer, senior economist at trade credit insurance company Allianz Trade, who specializes in analysis of the Middle East region, believes that it is still too early to say that “Vision 2030” will be as successful as it is. how. It was a 14-year project, he notes, and almost half of that time has passed.

“Over the past six years, the actual percentage that oil and non-oil economic activities in Saudi Arabia’s GDP has more or less remained the same. So it’s safe to say, right now, that it’s all achieved. Even the 2030 target is unrealistic,” Stamer concluded.

Umud Shukri, an energy security expert in Washington (USA), added that some of the more ambitious multi-billion dollar projects such as Neom city will require investment from abroad. “Saudi Arabia has the potential to complete these projects. High oil prices are helping to generate capital but they will also need foreign finance and technology,” he noted.

However, Riyadh’s international reputation has suffered after the 2018 murder of journalist Jamal Khashoggi and the ongoing war in Yemen. In the period 2016-2021, foreign direct investment in Saudi Arabia almost halved. This cash flow started to increase again towards the end of last year but it is still unclear if this trend can continue.

Kabbani of the Middle East Council argues that there is still much work to be done before efforts to diversify the economy can really succeed. According to him, its citizens, whose livelihood and income have been secured by oil for decades, now need to be better informed and prepared for a non-oil future. The business environment also needs to be improved, limiting arbitrary and random decisions depending on the monarch.

“This will require lifting barriers to private sector development and supporting the emergence of industries that can create high-paying, productive jobs,” he added. .

This is difficult given that many of the country’s non-oil activities are actually supported by oil money. In April this year, the Saudi government proudly announced plans to establish its first electric vehicle factory as part of an ambition to make 30% of all cars in the capital Riyadh environmentally friendly by 2030. The car-making machine, operated by the US company Lucid, is expected to be operational by 2026 and create thousands of “superficially non-oil” jobs for locals.

However, Lucid’s factory will also rely heavily on the Saudi government when the country has agreed to buy up to 100,000 of their cars. In addition, 61% of Lucid’s shares are in the hands of a Saudi government investment fund, which is doing very well thanks to high oil prices.