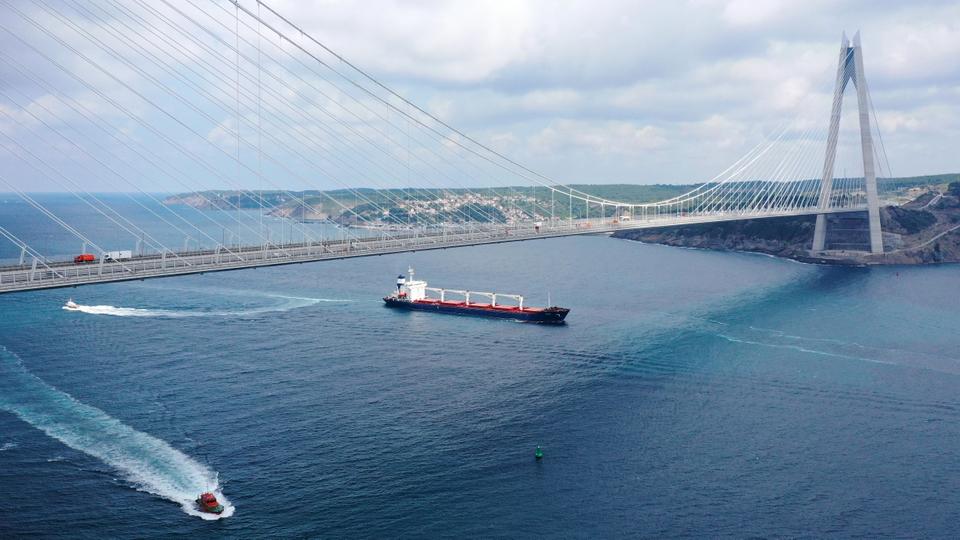 The Kremlin welcomed the Razoni ship carrying 26,000 tons of corn to leave the port of Odessa, seeing it as an opportunity to test the effectiveness of the grain deal with Ukraine.

“The departure of the first grain train is a very positive development. A good opportunity to test the effectiveness of the mechanism agreed in Istanbul,” Kremlin spokesman Dmitry Peskov said today.

The statement was made by Mr. Peskov after the Razoni, a Sierra Leone-flagged vessel, carrying 26,000 tonnes of corn left the port of Odessa today. This is the first grain shipment to leave Odessa since Russia and Ukraine signed a grain agreement backed by the United Nations and Turkey in Istanbul on July 22.

“Let’s hope all commitments will be fulfilled by all parties and the mechanism will work,” Peskov added.

Under the grain deal, a team of Turkish, Ukrainian and UN staff will oversee the loading of grain at three designated Ukrainian ports: Odessa, Chernomorsk and Yuzhny.

The ships then follow the safe route outlined in the Black Sea to the Turkish Bosphorus Strait and are closely monitored by the joint coordination center in Istanbul. Ships to Ukraine to receive grain are also checked by the center to make sure they are not carrying weapons or combat supplies.

According to Turkish Defense Minister Hulusi Akar, the Razoni is expected to anchor off the coast of Istanbul for inspection at about 12h GMT on August 2.

Ukraine’s Foreign Minister Dmytro Kuleba described today as “a day of relief for the world, especially for friends in the Middle East, Asia and Africa as the first shipment of Ukrainian grain leaves the port of Odessa” after many years. war month. Ukrainian Infrastructure Minister Oleksandr Kubrakov said there are 16 more ships ready to “wait for their turn” to leave Odessa.

More than 20 million tons of Ukrainian wheat and grain are trapped in storage towers due to the blockade of the Black Sea. Russia and Ukraine accuse each other of planting mines in the sea, preventing ships from accessing ports in the region. Earlier, a UN official said the grain deal would free up about 5 million tonnes of grain per month from three Ukrainian ports.


© Copyright 2022 HorizonMag
Previous articleThe US may never know who won the $1.3 billion jackpot

Next articleIran says it has the ability to make nuclear bombs