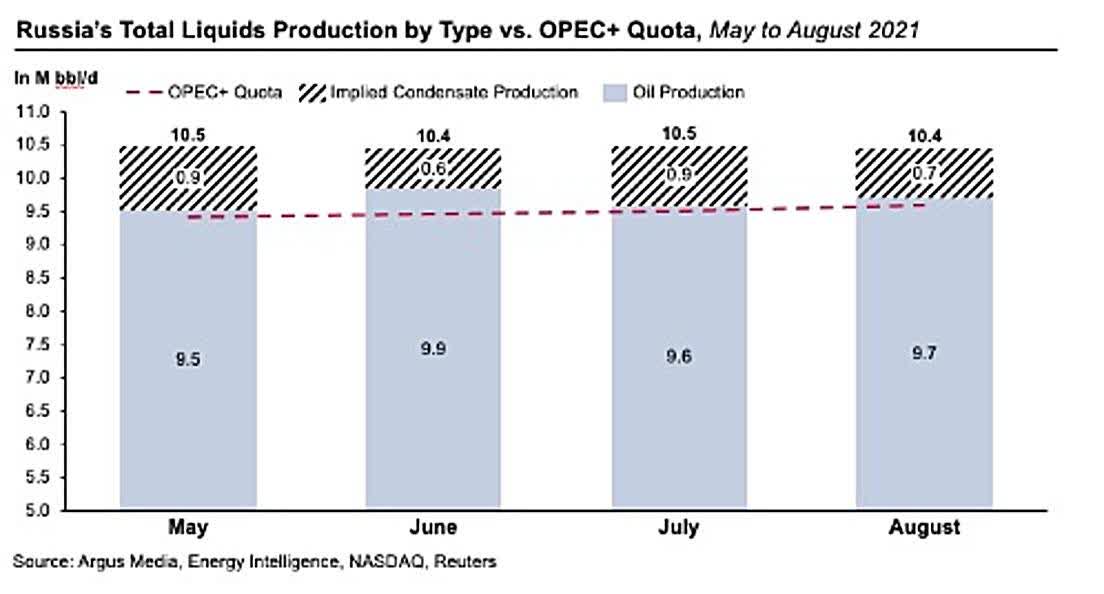 Despite the commitment to increase oil pumping, OPEC + member countries have been operating at full capacity and it is difficult to increase supply significantly to lower prices.

However, oil prices have not shown signs of cooling down. On Wednesday (June 1), Brent oil sometimes dropped to $ 113 per barrel because of rumors of OPEC + increasing production. But until yesterday (June 2), after the official news was announced, the oil price recovered to over $117.

Experts and analysts said that the latest move of OPEC + has almost no significant impact on oil supply and prices. And the beneficiary in this decision seems to be Saudi Arabia.

The reason is that OPEC+ will almost certainly not hit its own output target in the coming months. IEA data shows that in April, excluding Russia, OPEC+ produced 1.32 million barrels per day below the overall target. Member states were unable to keep up with their output increase target due to “reduced spare capacity and operational efficiency”.

Within the bloc, the countries that really have spare capacity – that is, capacity that can be achieved within 90 days and maintained for a long time – are Saudi Arabia and the UAE. Both had spare capacity below 3 million barrels per day last month. Giovanni Staunovo, Oil Market Analyst at UBS, also confirmed that most members of OPEC+ have pumped at full capacity and cannot pump any more, except for the two countries mentioned above.

Christyan Malek, head of oil and gas equities research at JPMorgan, said the OPEC+ deal is unlikely to actually help pump out more oil or cool down prices. He said the statement was only “symbolic” and had no significant actual impact.

Along with that, analysts predict that Russia’s next move will also lead to tight oil supply, making it difficult for prices to fall. OPEC + increased oil supply in the context of Russia’s oil production continuously falling after the military campaign in Ukraine at the end of February.

In April, Russian oil pumped to the market fell by 950,000 barrels per day compared with February, according to data from the International Energy Agency (IEA). Earlier this week, the European Union (EU) also agreed to ban the import of oil and refined fuel from Russia by sea.

Under the new OPEC+ plan, Russia (also a member of OPEC+) could theoretically increase production by 170,000 barrels per day from next month, according to the allocation. However, some OPEC officials believe it will be difficult for the country to do this when the EU decides to ban imports of Russian oil.

Russia is one of the three largest oil producers in the world, along with Saudi Arabia and the United States. Before the Ukraine crisis, the country pumped out 11.3 million barrels a day, about 11% of global supply. Helima Croft, head of commodity strategy at RBC Capital Markets, thinks the EU’s ban on Russian oil imports by sea could cause Russia to reduce exports this summer.

Not only that, the country also has the ability to actively reduce supply. An executive of Lukoil (Russia) oil company commented in a local newspaper that Russia should cut oil production by 20-30% to avoid having to sell at a high discount price. This will push up the price of Russian oil.

Although not reducing oil prices, the latest decision of OPEC + has brought a diplomatic victory for Saudi Arabia – the country that leads OPEC. According to observers, the sudden change of opinion of Saudi Arabia, agreeing to OPEC + to increase production is mainly to tighten relations with the US.

Senior US officials have traveled to Saudi Arabia in recent weeks. US President Joe Biden and aides yesterday (June 2) also praised the country’s move to help OPEC + finalize the plan to increase production.

Dan Shapiro, former US ambassador to Israel, said the moves were a clear sign that the US president was ready to visit Saudi Arabia. “Everything seems to be going in the right direction. These are the elements they need. Mr. Biden can only visit if he receives a commitment from Saudi Arabia on oil production and bigger issues,” Shapiro commented.

Wall Street Journal Citing sources close to the matter, Saudi Arabia will consider increasing oil pumping if Russian production continues to fall. Their decision will also depend on a potential visit by Mr. Biden.

However, Russia also doesn’t want to be left out of OPEC+, which controls more than half of the world’s oil production. Before and after the Ukraine conflict broke out, Russian President Vladimir Putin still held talks with Crown Prince Mohammed many times. On those occasions, he all praised the importance of OPEC +.

Previous articleSerial rapist in the guise of a shoemaker