Myanmar extends state of emergency until next year 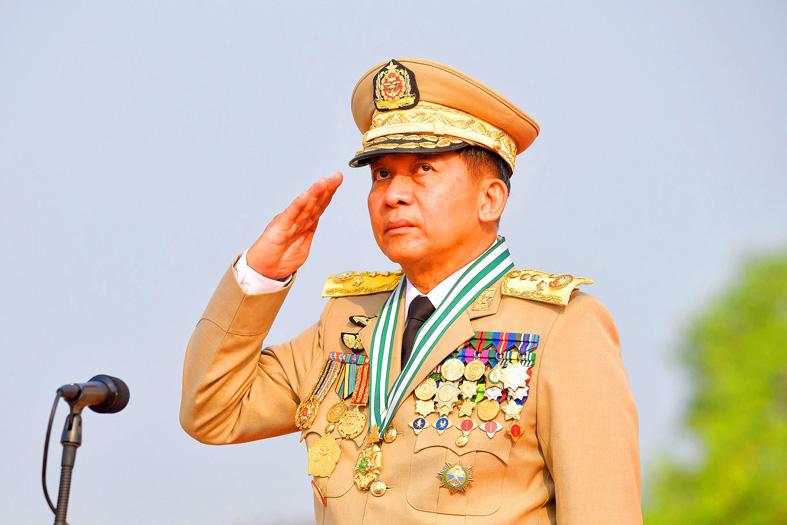 “Relevant organizations, including the electoral commission, need more time to stabilize the situation. Political parties should also make appropriate changes to the new electoral system, and the public should also need to make the necessary changes. widely educated about it,” Myanmar’s state television on July 31 quoted General Min Aung Hlaing, head of the military junta, as to the reason for extending the state of emergency.

Myanmar’s acting President Myint Swe previously approved General Hlaing’s request to extend the state of emergency until February 2023 at a meeting of the National Security and Defense Council in the capital Naypyidaw.

A state of emergency in Myanmar was declared in February 2021, after the army launched a mutiny to overthrow the civilian government led by Aung San Suu Kyi.

When he was elected Prime Minister of Myanmar’s interim government in August 2021, Mr Hlaing pledged to hold elections in 2023 and restore democracy. Earlier this year, he announced an extension of the state of emergency for another six months.

Myanmar last week sentenced to death former MP Phyo Zeya Thaw, of Suu Kyi’s National League for Democracy (NLD), along with three others for supporting “terrorist acts”. It was the first execution carried out in Myanmar since the late 1980s, according to the Myanmar Association for the Support of Political Prisoners (AAPP).

Myanmar fell into chaos after the coup. Protests against the military junta broke out in many cities of Myanmar and erupted into riots, forcing security forces to use force to push back.

Some protesters are leaning on insurgent groups against Myanmar government troops. The AAPP said more than 2,100 Myanmar civilians were killed after the coup.

Next articleHumanoid robot explores shipwreck under the sea