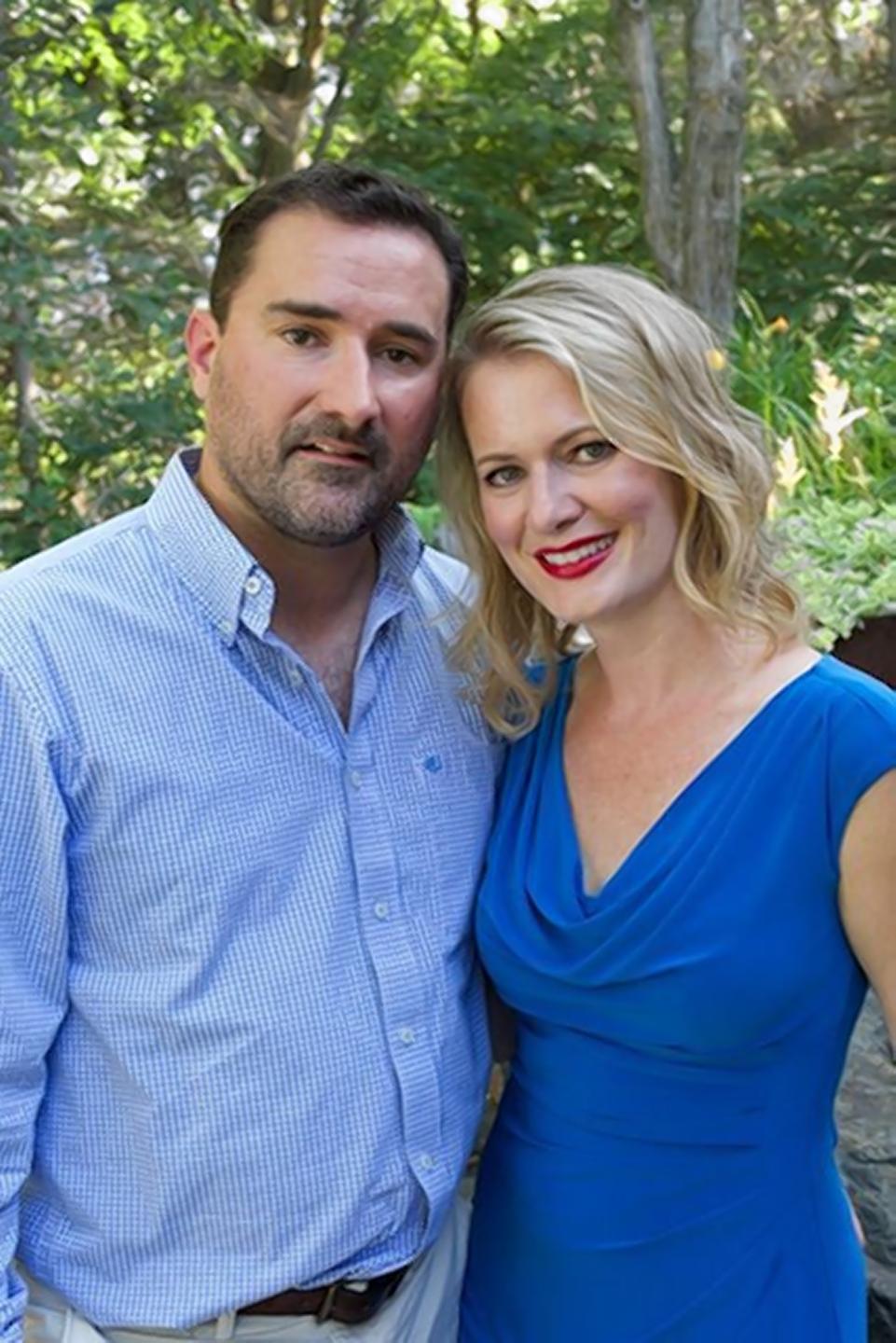 ChinaTong Duong murdered his lover in jealousy, taking advantage of his legal knowledge to disguise the scene and flee.

On the afternoon of April 27, 2018, the police of Ma Anshan city, Anhui province, received a report of a murder. At the scene, the victim Vo Van Quyen lay face down in the bedroom, the upper body wrapped in blankets.

Quyen, 35 years old, divorced in 2015, lives with her 9-year-old son. Relatives said that Quyen’s ex-husband paid monthly child support, the victim had no grudges or financial disputes with others. Outside of taking care of her children, Quyen likes to stay at home and play games, not having many relationships.

The day before the murder, her best friend called and texted Quyen many times but received no response. On the morning of April 27, Quyen’s son called her, said that her mother was not at home and asked her to take her to school. The boy said his mother did not come home all night because she had to go to the hospital to take care of the sick.

Feeling strange, after taking the boy to school, his best friend immediately contacted Quyen’s mother and went to his friend’s house together. The house was nothing out of the ordinary, but the bedroom door was locked. When they opened the door, they found Quyen lying on the floor covered in blood.

In the bedroom there are many traces of ransacking. The victim’s cell phone, cash and ID card disappeared. The police initially determined that the perpetrator broke into the property and killed the victim.

The living room, kitchen and bathroom were cleaned. On the dining room table, there is a leftover lunch box and an order receipt. The time printed on the invoice is noon on April 26, so the victim may be murdered at about 13:00 on the same day.

Police found an empty cigarette case and two cigarette butts in a trash can in the corner of the kitchen. According to relatives, Quyen does not smoke, so the cigarette butt may have been left by the killer.

The knife set in the kitchen was thoroughly checked, but no suspicious points were found. Under the kitchen cabinet, police found a hammer that had been washed but still had a faint blood stain. The blood sample on the hammer was then determined to match the victim’s blood, so this was the suspect’s tool to commit the crime.

Quyen was murdered on the afternoon of April 26, but her child was still picked up from school after that. The boy said, when he finished school, his mother did not come to pick him up, so he used his smart phone watch to call but always said to turn off the phone. She got on the bus to go home by herself, knocked on the door, and saw that the person who opened the door was an uncle who had come to the house a few times. This person used to share a room with her mother for a week and pick her up from school with her mother. However, the boy did not know his name, address.

The man said her mother had to go to the hospital to take care of the sick, then cook noodles for him and teach him to do his homework and put him to sleep. The next morning, he disappeared.

Asking neighbors, police received information on the afternoon of the murder, they heard a man and a woman arguing fiercely. After a while, a woman’s scream was heard and then silence.

Quyen’s parents said she has a Hunan boyfriend. On February 9, Quyen took a plane from Nanjing to Hunan. She booked a room with a man named Truong Vy.

Police quickly found Truong Vy, but he said he did not know the victim and revealed that he had lost his identity card 6 months ago. Quyen’s son also confirmed that Truong Vy was not the uncle after seeing the photo. The police suspect that the perpetrator has stolen Vy’s identity.

At this time, Quyen’s best friend provides important clues to the police. At about 10 pm on April 26, 8 hours after Quyen was murdered, she saw Quyen’s profile picture on the messaging app light up.

The police checked the computer in Quyen’s bedroom, but it was password protected. They had to send information to the application management company to inquire and discovered that Quyen’s e-wallet containing 9,200 yuan was transferred half an hour after the murder to a bank card named Tieu Tien, also from Hunan.

However, Tien was confirmed to always be in Hunan, with no time to commit the crime. He said he once lost his wallet, inside there was an ID card and a bank card.

Police believe that the suspect is very cunning and has used other people’s identification information to distract the investigation. Tracing 9,200 yuan, the police discovered that this bank card had been withdrawn from the ATM of the local Agricultural Bank.

Extracting surveillance video inside and outside the bank, they saw a man in a black shirt, with a red backpack entering the bank at 0:40 am on April 27, 2018. He withdrew 5,000 yuan, talked on the phone and smiled.

Police took a screenshot of the man in the video and the victim’s son confirmed this was the man he was talking about.

Police speculated that the suspect wanted to get away with money, so he collected surveillance camera data at the train station and nearby Internet bars and hotels. However, there were no results.

Soon after, the investigation team discovered that the suspect used Wei’s identity card to buy a train ticket from Ma’anshan to Yingtan city, Jiangxi province, then continued to buy tickets from Ungtan to Heng city. Duong, Hunan Province.

With the support of the Railway Police Department, the suspect was arrested in the toilet on the train on the morning of April 29, 2018. Police found three identification cards on him, one of them named Truong Vy and Tieu Tien, the other card named Tong Duong – the real identity of the suspect.

The police used professional equipment to check Duong’s clothes and discovered that there were blood stains, which matched the victim’s blood.

Before much evidence, Duong confessed. He confessed to know Quyen through an online game, then became a lover for nearly two years.

Duong is 30 years old, graduated from a prestigious university, but her family background is not as good as Quyen’s. Although 5 years older than her boyfriend, Quyen looks young and beautiful thanks to knowing how to dress and make up.

Every month, Duong takes a train from Hunan to Ma Anshan to meet his girlfriend. With Quyen having been divorced and having a child, Duong showed understanding and sympathy.

After a year and a half of going back and forth, the two decided to meet their parents. But Duong’s father strongly protested, causing the father and son to quarrel loudly, even announcing the severance of relations. Duong moved in with his girlfriend.

In early April 2018, when preparing to meet Quyen’s parents, the couple argued about buying gifts. Positive buys gift boxes that look elegant without being too expensive. Quyen found it unhelpful, offered to buy high-quality cigarettes and alcohol, showing her heart. The two could not find a common voice, angry and abandoned each other.

Duong took the train to Hunan immediately, did not receive more than 20 calls from Quyen. After that, everyone with dignity did not want to apologize, nor contact for many days.

On the surface, he showed no interest, but Duong always paid attention to Quyen’s every move. By chance seeing Quyen chatting intimately with a man in the game, he angrily came to her to ask for an explanation on April 26.

Unexpectedly, Quyen admitted to having feelings for the other, and said they had an intimate relationship and would soon get married. Both sides got into arguments and fights. In anger, Duong went to the kitchen to get a hammer to commit the crime. He then cleans up the scene because he doesn’t want the child to see the tracks. Having studied law, Duong deliberately disguised himself as a crime scene to distract the police.

Knowing how long he could not hide, Duong did not expect to be caught in the net after less than three days. Because of sin Intentional murderDuong was sentenced to life in prison.