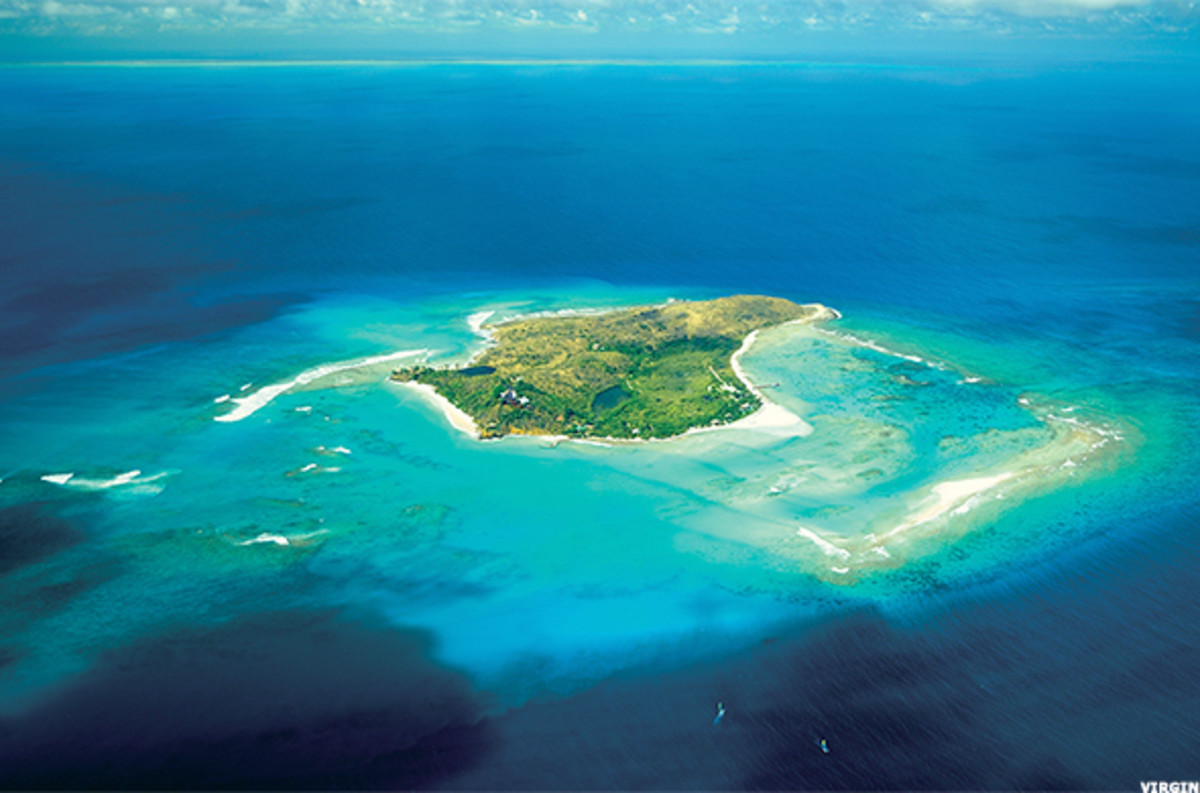 AustraliaHaving lost all his fortune in a stock market crash, millionaire David Glasheen left Sydney to live on Restoration Island.

In the 1980s, David Glasheen was the chairman of a mining corporation. At the time of his wealth, his fortune amounted to about 28.4 million USD (more than 667 billion VND).

But in 1987, the Dow Jones index of the US stock market fell 508 points, he lost $ 7.25 million. In 1993, Glasheen went bankrupt, and his wife left with two children. The man was in severe psychological shock. In 1997, when he turned 54 years old, he left Restoration alone, a deserted island off the coast of northern Australia, to live.

Only three shirts, two pairs of shorts, a swimsuit, a torch, a few books, a jar of paprika, cream, and a toothbrush.

Robison of Australia uses rainwater and water from the hills on the island to drink. Fishing rods, cast nets, flints and a cleaver are Glasheen essentials. He picks coconuts, cherries, native capers and wongai plums to eat. “The ocean contains all the protein I need,” he says. In addition, every year, Glasheen sails a small boat to buy dry and canned goods at the grocery store.

“Humans all do the same things,” Glasheen said, admitting that she’d wasted more than half of her life as dull as everyone else and experienced a broken marriage. He wished he was born alone on the island.

Glasheen once wrote in her autobiography, affirming that Restoration adds spice to life, something money cannot do. “The island helped me find a different way of life: Breaking the cycle of pressure to earn money to let others judge value and success.”

Living alone on the island not only heals her mental wounds, but also changes Glasheen’s abilities. While fishing, he noticed signs in the water that others could not see. The darkness is also less scary than the day Glasheen first arrived on the island. He could wander all night and be conscious of what he was doing. “The senses come into play when you’re not in the light,” he says.

However, recently, the real-life Australian Robinson admitted that the body is no longer what it used to be. He had to go through a series of health threats.

“I’m not like I was when I was 18. One day I fainted then fell and broke my bone. The phone didn’t work when I needed it so much,” he said, admitting that life in the wild is difficult.

David Glasheen is calling a number of companies to help him, but hasn’t found anyone ready yet. He is unable to pay his monthly salary, so he hopes a skilled, middle-aged couple living on the island will receive an allowance to support him.

Anyway, leaving the deserted island and returning to the mainland after 25 years of living alone was not Glasheen’s choice. “I am happy to be excluded from the world. Covid happened, my life has not changed at all,” he affirmed.

Next article10 best hospitals for rehabilitation: US Information