It is difficult for the US to isolate Russia 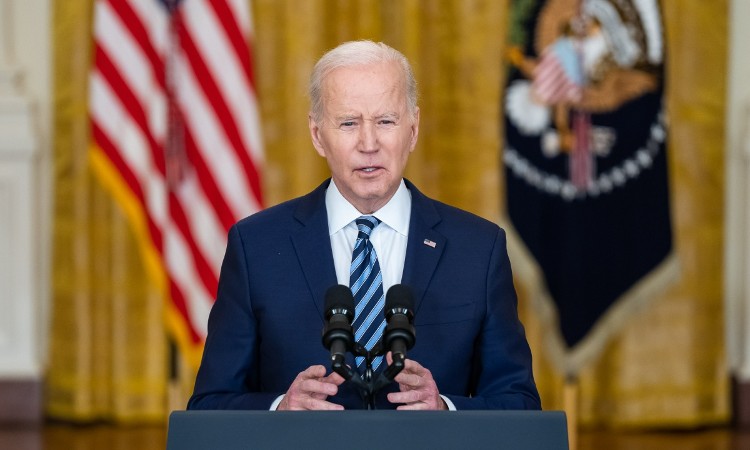 The Joe Biden administration has often said that Russia is isolated on the international stage, but even US officials are now talking to Moscow.

Russian President Vladimir Putin has met with many international leaders, including Turkish President Recep Tayyip Erdogan, a NATO member state. His top diplomat, Foreign Minister Sergey Lavrov, has also traveled to many countries around the world, shaking hands, taking photos or holding talks with many foreign leaders, including American counterparts.

On July 29, Foreign Minister Antony Blinken spoke with his Russian counterpart Lavrov about the possibility of a US prisoner exchange and the Ukraine crisis.

Blinken did not elaborate on his phone call with Lavrov, but said he had urged Russia to accept a US proposal to release two detained Americans, Paul Whelan and Brittany Griner. The Russian Foreign Ministry said that Lavrov firmly asked Blinken to “return to a professional dialogue in a quiet diplomatic manner” for any attempt to free the detained Americans.

The phone call and handshake raised doubts about a core part of the U.S. strategy to end the Ukraine conflict: diplomatic and economic isolation, coupled with defeats on the battlefield, would ultimately forcing Russia to withdraw.

Even when he announced the plan for the phone call two days earlier, Blinken continued to insist that Russia was indeed isolated. He argued that the visits of top Russian officials were only for damage control and in response to the international criticism Moscow has faced over the Ukraine conflict.

US officials say Russia is trying to strengthen its remaining alliances, mainly US adversaries like Iran. But US partner countries such as Egypt and Uganda are also warmly welcoming the top Russian official.

After stating in February that there was no reason to talk to Russia because Moscow was not diplomatically serious and could not be trusted, the US acknowledged it still needed to talk to Moscow. Blinken’s public dialogue with Lavrov and making “an important proposal” for Russia to release Whelan and Griner took many by surprise.

The phone call between Blinken and Lavrov was the highest-level contact between the United States and Russia since February 15, before Moscow launched its operation in Ukraine. Observers say it could set the stage for future face-to-face meetings, although administration officials say there are no plans for that.

The Kremlin seems to be amused by the fact that the US is looking for a connection and will probably delay the negotiation process to its maximum advantage.

“They’re going to find a way to make this public and humiliate us as much as possible,” said Ian Kelly, who served as US ambassador to Georgia under the Barack Obama and Donald Trump administrations.

Kelly said that Blinken’s phone call “backfired with our larger effort to isolate Russia”. “Other countries will look at it and say ‘why don’t we shake hands with Lavrov and the whole of Russia’,” he said.

US and European officials say Russia has been heavily criticized for the Ukraine campaign and global food shortages as a result of the conflict. Members of the Biden administration, including Foreign Minister Blinken, noted that Lavrov recently left the G20 foreign ministers meeting in Indonesia after hearing from his partners about the global impact of the war.

Regardless, observers see no sign that Russia will be excluded from major international events such as the United Nations General Assembly in September or the three planned Asian regional summits. expected in November.

Russia continues to maintain close ties with China, India and many developing countries throughout Asia and Africa.

India has not turned away from Russia despite being a member of the Quartet along with the US, Australia and Japan. With its long-standing close relationship with Russia, India has stepped up its energy imports from Moscow despite pressure from the US and Europe, regions that are looking to reduce their dependence on Russia.

India has imported nearly 60 million barrels of Russian oil so far this year, compared with 12 million for all of 2021, according to data firm Kpler.

The Russian Foreign Ministry has countered the claims of “Russia is isolated” by tweeting pictures of Mr. Lavrov in various capitals around the world. A photo of the Russian foreign minister at the G20 summit in Bali with the foreign ministers of China, India and Indonesia. He also met President Yoweri Museveni in Uganda and President Abdel-Fattah el-Sisi in Egypt, countries that have received billions of dollars in US aid.

During a government meeting earlier this week, President Putin said Russia was facing many obstacles, but insisted Moscow would not be isolated from the rest of the world.

“Obviously we can’t thrive when isolated from the world. In today’s world, it’s simply impossible to issue an ordinance and put up a giant fence to isolate someone,” he said.

Previous articleThe couple had a wedding ceremony on the top of a 6.4km high mountain, snow and ice all year round

Next article10 characteristics of unprofessional workers