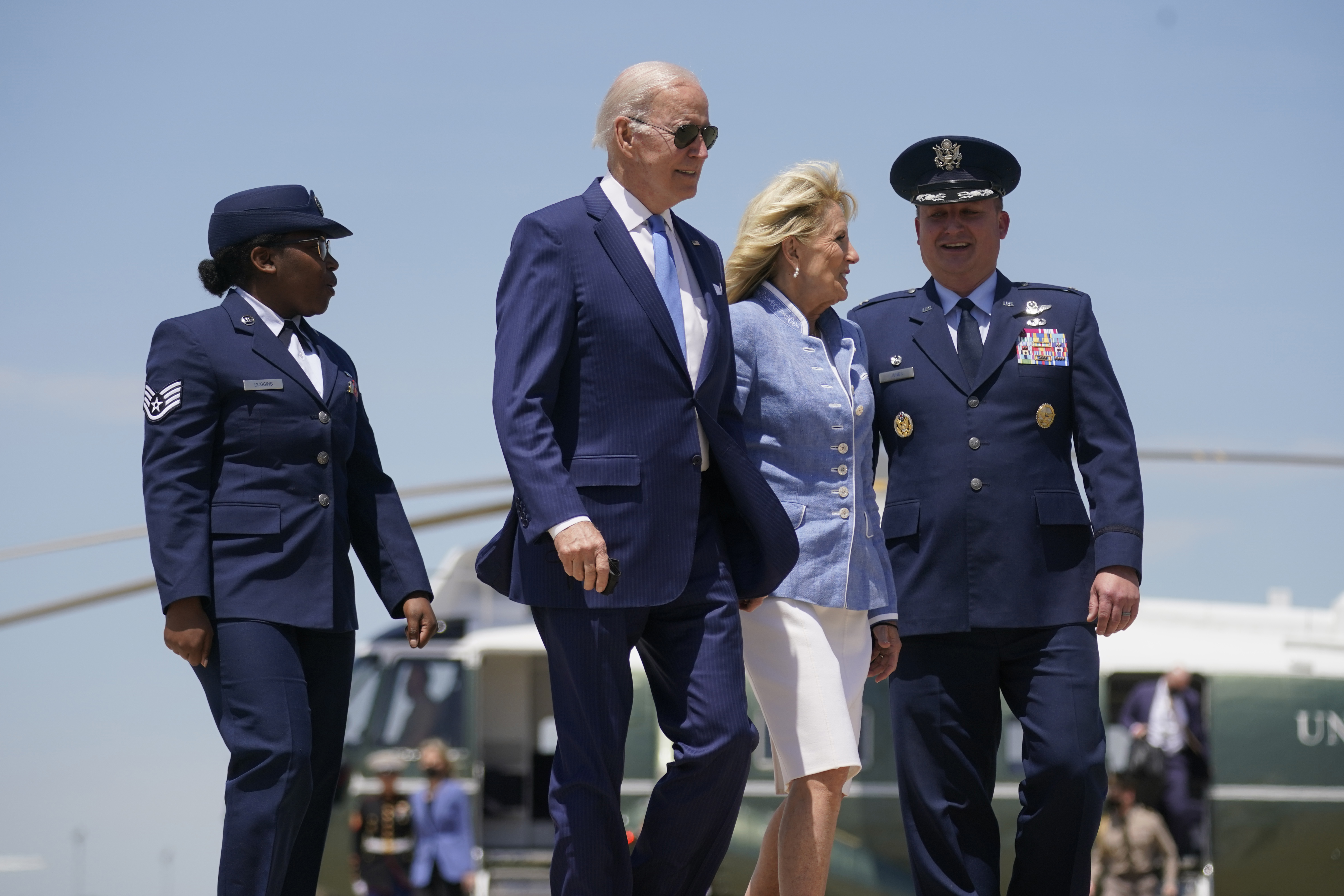 The day before John F Kennedy took office as US President in 1961, he met and was advised by outgoing White House leader Dwight Eisenhower to see Laos as the key to the whole of Southeast Asia.


According to Benjamin Zawacki, senior expert for the Southeast Asia program at the Asia Foundation, if the new President Biden had a similar consultation with his predecessor Donald Trump two months ago, the advice could turn to Thailand is on land and the Philippines is on the sea. Two weeks after that imaginary meeting, Myanmar would have been added to this list.

In a recent article published on Asia Times, Mr. Zawacki said that the reason for the need for such a consultation is that China is increasingly ambitious and assertive with growing influence in Southeast Asia. .

The Indo-Pacific Directorate, the largest body on the new National Security Council, seems to reflect the Biden administration’s focus on the region. The agency is led by former US Assistant Secretary of State for East Asian and Pacific Affairs Kurt Campbell, three China directors, and 17 other officials.

In his first major speech, US Secretary of State Antony Blinken described the US-China relationship as “the greatest geopolitical test of the 21st century”. China is the only foreign policy issue that concerns a specific country out of the eight that Blinken addressed. This is probably also an issue that has received great support from both opposing parties in the US on countermeasures, since Washington started the war on terror 20 years ago.

With the exception of climate change and nuclear disarmament, two issues on which President Biden considers China a “cooperative partner”, he generally continues his predecessor’s view of Beijing as a “competitor”. in the same level”.

According to Zawacki, compared to former President Kennedy, heir to the global Cold War, Southeast Asia will be one of the most important areas in the foreign policy of the current White House leader. Diplomatically, Mr. Biden is believed to seek to make up for lost influence to China.

Militarily, he will prepare, though not urgently, for a regional security crisis involving China to some extent.

As a foreign policy priority pledge, President Biden will continue to rebuild the State Department. Thailand went through a 17-month period without a US ambassador until March last year, while the US vacancy of ambassadorial positions in the Philippines, Singapore, Brunei and in ASEAN itself all happened before he declared. sworn in. The lack of Washington representation in Singapore even existed from the inauguration of former President Trump.

Secretary of State Blinken’s calls to his Thai and Philippine counterparts the day after he was approved by the Senate demonstrate that bilateral relationships will play a vital role in the country’s diplomatic toolbox. President Biden and that bilateral alliances will have broader implications. At the same time, multilateralism is likely to prove to be a more widely and openly used tactic.

After not one but two years of lackluster performance at ASEAN summits, the United States is expected to have four more impressive years of participation at the bloc’s upcoming summits, led by Brunei, Cambodia, Indonesia and Laos alternately hold the presidency.

The Trump administration deserves credit for elevating the Mekong River and its economic subregion, which many see as the South China Sea equivalent on the mainland of Southeast Asia. Although it is too early to assess the effectiveness of the US-Mekong Partnership mechanism under Trump, which replaced the Lower Mekong initiative of the previous administration of Barack Obama, cohesion under Mr. Biden is expected. will increase in response to the Mekong – Lancang Cooperation forum initiated by China.

And finally, as the interim National Security Strategy Guidelines released by the White House earlier this month and the newly upgraded Samantha Power nomination for the US Agency for International Development (USAID), Mr. Biden is clear. clearly re-establish the promotion of democracy, human rights and the rule of law in Southeast Asian diplomacy. This “values-based” approach can also be leveraged in response to Myanmar’s recent coup.

Southeast Asia is also the military front line in the US-China competition, even more so in Northeast Asia, where China is located. Bilateral defense treaties with Japan and South Korea are a solid foundation, and the US maintains about 65,000 troops stationed in the two countries.

North Korea remains unpredictable, but the issue is believed to fall within the realm of mutual interest between the US and China rather than potential conflict. The issue that can cause conflict between the two countries is Taiwan (China) and how this dispute begins and ends will have a lot of impact on the disputed and newly militarily disputed islands, reefs and shoals. in the South China Sea as well as at points further north.

Mr. Biden is expected to ensure a repeat of the joint US-ASEAN naval exercises in 2019, participate in the US-ASEAN Defense Forum and continue to send forces to the Asia’s largest Cobra Gold exercises. Asia – Pacific. But, in contrast to his diplomatic tactic, he is believed to focus more on bilateral defense relationships than multilaterally.

However, Biden’s Southeast Asia policy will also face major obstacles beyond his control.

While ASEAN is the oldest piece of the regional architecture and is located at the heart of the Indo-Pacific, centrality is not just a reflection of geography. It means leveraging those positions to the point of being essential, becoming the institution in which views and voices on any major Indo-Pacific issue must be valued and even considered. sometimes even cause the partners to back down.

However, regarding the paramount geopolitical issue of today, the gathering of global powers on the doorstep of ASEAN, this institution seems to be rushing to the periphery. And there, centrality was sacrificed for neutrality, amid great power competition. Thus, “Don’t force us to choose” is merely a reactive request, not the basis of a proactive and agency-run policy.

This creates a challenge for Mr. Biden as China has benefited from ASEAN’s neutrality, allowing it to access member states on a closely bilateral basis, rather than face a single voice. speak unifying and possibly adversarial on the issues of dispute between Washington and Beijing.

On the other hand, Southeast Asia may be the most diverse region in the world. Thus, knowingly or unknowingly, the Trump administration’s insistence on bilateralism is an admission of some realities that won’t go away and that Biden will need to take into account not one, but 11 political leaders. different Southeast Asian policies (including those of the entire ASEAN bloc and the policies of the 10 member countries). Moreover, in stark contrast to the Kennedy era, Southeast Asian countries do not now view China as predictable and they do not have the same view of Beijing as they did 60 years ago with the United States.

Discussion of a new Cold War could get as much attention in Washington as it does in regional capitals. But ultimately getting involved in such an impasse is a very different story and far less than what Washington wanted.

In short, the success or failure of President Biden’s Southeast Asia policy will depend not only on America’s ability to compete with China, but also on Southeast Asia’s calculation of its interests. themselves.

New President Joe Biden declared that “America is back” and diplomacy will restore centrality in foreign policy of the new administration.

Mr. Biden duel against China’s ‘super project of the century’?

US President Joe Biden is believed to need an effective plan to combat the transformation of China’s Belt and Road Initiative, China’s “megaproject of the century” if it really wants to compete with Beijing.