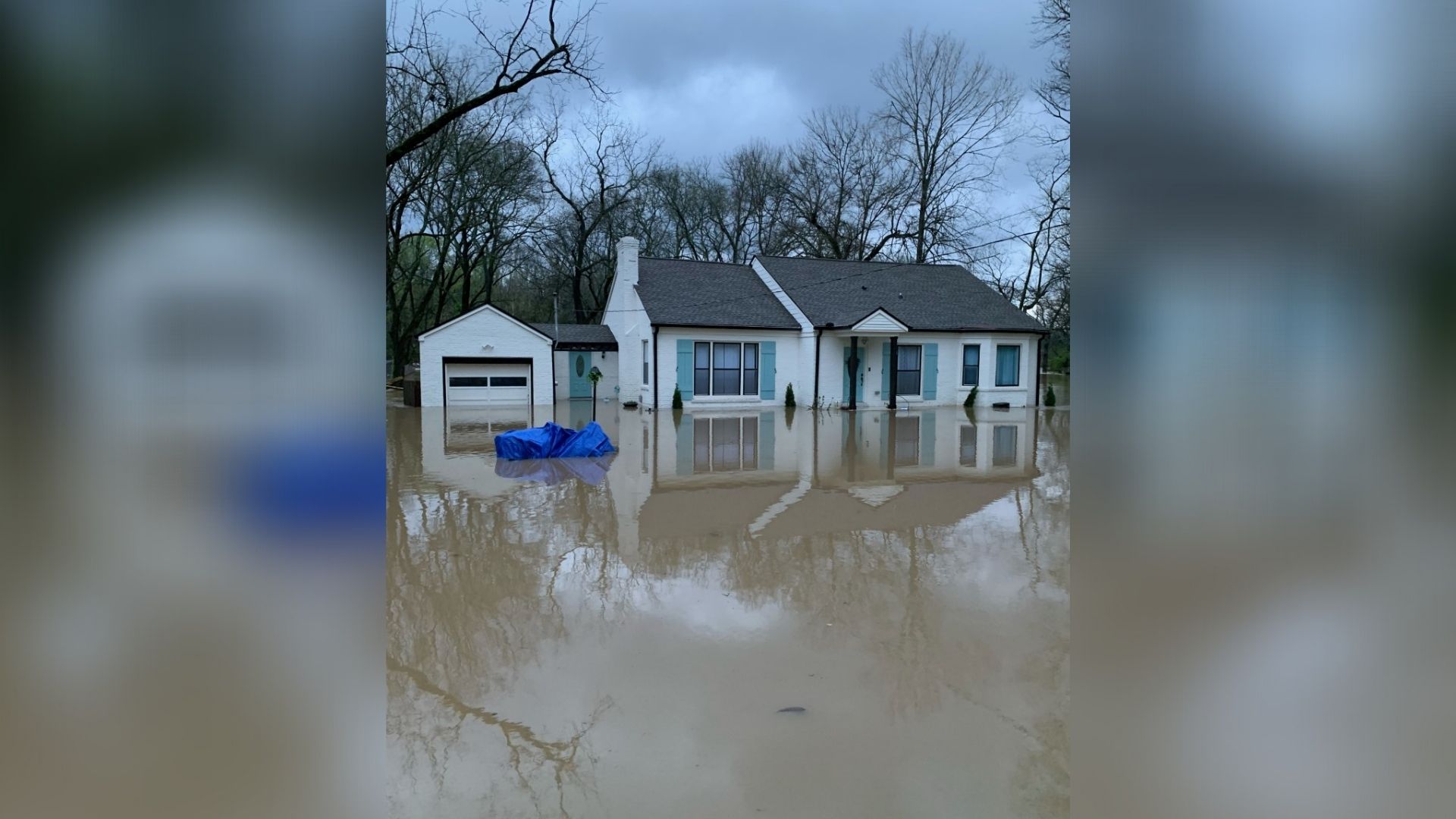 Smith and Noble were rescued after hours of clinging to a tree while their four children were swept away by a “once in a thousand years” flood in Kentucky.

Amber Smith and her husband Riley Noble heard the flash flood warning at 2am on July 29. Smith looked out the window, the situation slowly turned bad, Brittany Trejo, Smith’s relative, told New York Times. Smith quickly dressed his four children, ages 2 to 8, and took them outside.

Water comes from all directions and has no outlet. The Smith family climbed onto the roof of the mobile home, assuming it would be a safe place. “But they quickly realized the house was about to be swept away and had to go together to a nearby tree,” Trejo said. They tried to call 911 for help but couldn’t.

The four babies were swept away by the current, even though the whole family tried to hold each other tight. Smith and Noble stayed in the tree for 6-8 hours and were rescued by a man kayaking.

The bodies of four babies were found the same day in Knott County. “They’re such a lovely, close-knit family. Amber has never been away from the kids for even a night,” added Trejo.

Heather Bullock, a colleague of Amber Smith, posted photos of the four babies on the GoFundMe fundraising page, presenting the family’s situation to call for donations.

Kentucky Governor Andy Beshear said on July 31 that at least 28 people died after the state was hit by a “once in a thousand years” flood. The state government is working hard to provide food, considering opening Buckhorn State Park to accommodate the homeless.

“This is one of the deadliest, most destructive floods in history,” he said. “Hundreds of families have lost everything. Many families have almost nothing left to start over.”

The flooding is the second major disaster to hit Kentucky in seven months, following a tornado that killed nearly 80 people in December 2021.

Kentucky officials warn the death toll will continue to rise as heavy rains are not expected to end, hampering rescue efforts. The US National Weather Service forecasts heavy rain to continue until August 2, with southern and eastern Kentucky areas to watch for flooding until the morning of August 1.

As of early afternoon of July 31, more than 13,000 homes and businesses in Kentucky lost power, according to the PowerOutage project.

Three drinking water systems have to be shut down from July 30, people cannot access water or only access water that needs to be boiled before drinking to ensure safety, according to Mr. Beshear. The federal government has dispatched trucks to deliver bottled water to the area.

Next articleGenerational conflict in the Korean workplace