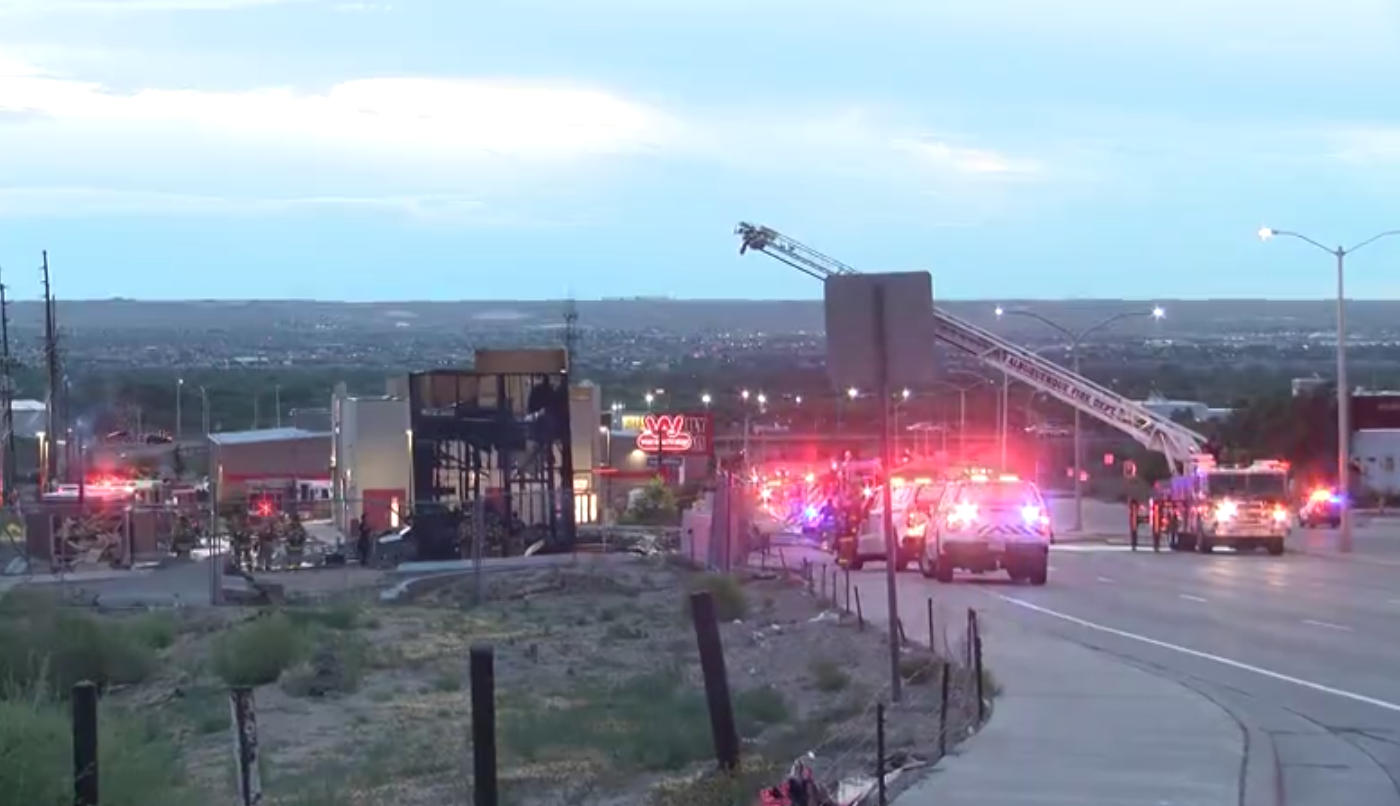 Zawahiri, 71, was killed in a CIA drone strike in Kabul, Afghanistan, over the weekend, according to unnamed US officials familiar with the matter. . US President Joe Biden on August 1 confirmed Zawahiri’s death, saying the attack took place “precisely”, without causing civilian casualties.

Zawahiri was once the leader of a Muslim militant group that pioneered indiscriminate terrorist attacks on civilians in order to inflict maximum casualties. When he merged his group with al-Qaeda in the 1990s, he applied that tactic to the new organization, which also had ambitions to intensify terrorist attacks against the West.

Zawahiri has made the point that defeating the United States, the organization’s “distant enemy”, is an essential prerequisite for al-Qaeda to confront “near enemies”, i.e. pro-Western Arab governments that stand in the way of its dream. unify all Muslims under a “global empire” that the group has long pursued.

“Killing Americans and their allies, civilians and soldiers alike, is the duty of every Muslim and they can do it whenever possible in any country,” Zawahiri wrote in a statement. declaration in 1998. Three years later, he turned his word into reality when he became the “architect” of planning the terrorist attacks on the World Trade Center and the Pentagon on 9/11. /2001.

Though not as influential as Osama bin Laden, Zawahiri has become the “brain” behind many of al-Qaeda’s biggest ambitions, including efforts to acquire nuclear and biological weapons. After al-Qaeda was forced to withdraw from Afghanistan in early 2002, Zawahiri was the main leader of the group’s operations in neighboring Pakistan, according to observers.

In the years that followed, Zawahiri led al-Qaeda into its decline, with most of the group’s founding leaders killed or in hiding and the organization’s influence being challenged by new groups. as the self-proclaimed Islamic State (IS).

Zawahiri remained the “leader” of al-Qaeda, but could not prevent the Islamic movement from disintegrating in Syria and other conflict zones after 2011. Believed to be in poor health, he often hides. .

“Zawahiri was the thought leader of al-Qaeda, a man of thought rather than action,” Bruce Riedel, a former CIA counterterrorism expert who advised four US presidents, said in a recent interview. Interview in September 2021. “His writings are thoughtful, but sometimes unbelievably boring.”

Two decades on since 9/11, Zawahiri’s leadership role has become increasingly blurred, especially in today’s world, according to Riedel. “He’s not the charismatic leader that al-Qaeda needs,” he said. “And I haven’t seen any other face that could take on that role.”

Zawahiri’s path to becoming one of the world’s most notorious terrorists began in the suburbs of Cairo, home to many of Egypt’s most successful families.

Zawahiri’s father, Mohammed Rabie al-Zawahiri, was a professor of pharmacy and Zawahiri’s grandfather was the rector of Cairo University. In 1951, when Zawahiri was born, his hometown of Maadi was heavily Jewish and boasted more Christian churches than mosques.

In his youth, Zawahiri was a serious young man with a gift for learning. From an early age, Zawahiri was influenced by the ideology of his uncle Mahfouz Azzam, who was a strong critic of Egypt’s secular government. He was also imbued with the views of Sayyid Qutb, one of the founders of twentieth-century Islamic extremism.

According to Lawrence Wright’s account in the Pulitzer Prize-winning book “The Looming Tower,” Qutb’s execution by the Egyptian government in 1966 prompted the then 15-year-old Zawahiri to organize a secret group plotting his overthrow. government and established an Islamic regime. The group led by Zawahiri eventually evolved into an organization known as Jamaat al-Jihad or Group Jihad.

Despite his increasingly radical political views, Zawahiri pursued a career in medicine, earning a medical degree from Cairo University and briefly working as an army surgeon. Later, Zawahiri opened a clinic and occasionally took care of patients at a clinic in Cairo.

During this time, Zawahiri married Azza Nowair, the daughter of a wealthy, politically connected Egyptian family. The couple has one son and five daughters.

While working at the clinic in Cairo, Zawahiri was invited to visit refugee camps along the Afghanistan-Pakistan border. There, he met an attractive young Saudi Arabian named Osama bin Laden.

At that time, Zawahiri was busy managing his Muslim group. His Jihad group in the early 1980s carried out a series of assassination attempts on Egyptian leaders and participated in the assassination of Egyptian President Anwar Sadat on October 6, 1981.

During his wandering years after his release from prison, Zawahiri frequently traveled to South Asia and found increasingly ideological similarities with bin Laden, who asked Zawahiri to be his personal doctor. Bin Laden suffered from low blood pressure and several other chronic illnesses and required frequent glucose infusions.

Zawahiri visited the United States at least once in the 1990s, using a false name to visit mosques in California to raise money for Muslim charities supporting Afghan refugees. He went on to urge his Egyptian followers to launch larger-scale attacks at home, believing that such a brutal, shocking tactic would attract media attention as well as overwhelm others. a more moderate voice in favor of negotiation and compromise.

While living in Afghanistan in 1997, Zawahiri helped plan the bloody attack on foreign tourists at Egypt’s famous Luxor ruins, which left 62 people dead.

The attack left most Egyptians shocked and angry, and the support for Zawahiri and the Jihad group also withered. Zawahiri then told his followers that the operation in Egypt was no longer viable and that the war was turning to Israel and its main ally, the United States. The Jihad group decided to merge with al-Qaeda, bin Laden’s larger and better-funded organization.

Zawahiri was a senior adviser to bin Laden at the time of the 1998 al-Qaeda bombings of the US embassies in the capitals of Kenya and Tanzania, which killed hundreds. Three years later, working at al-Qaeda’s base in Afghanistan, Zawahiri helped oversee the planning process for what would later become one of the deadliest terrorist attacks in history. 9 in New York and Washington.

As impending terrorist hijackers are sent to train in American cities, Zawahiri continues to be tasked with planning the next wave of terrorist attacks aimed at further weakening the United States. He launched an ambitious biological weapons program, established a laboratory in Afghanistan, and dispatched followers to search for like-minded scientists, as well as deadly strains of the anthrax bacteria. People.

US intelligence officials believe that Zawahiri’s plot could have been successful, had he not run out of time. Weeks after the World Trade Center towers in New York collapsed, a US-backed military operation forced al-Qaeda’s Taliban ally from power in Afghanistan, forcing Zawahiri to give up the lab. test their biological weapons.

Highly wanted in Afghanistan with a bounty of up to $25 million, Zawahiri and bin Laden fled to Pakistan’s tribal areas to hide.

Despite being wanted, Zawahiri regularly appears in videos posted on pro-al-Qaeda websites. American officials believe he also went on to direct many terrorist activities, such as the 2007 attack on the Red Mosque in Islamabad, Pakistan, which killed more than 100 people.

Bin Laden’s death in February 2011 made Zawahiri the number one leader of al-Qaeda, a role that observers say he is not entirely suited to. Zawahiri, with his outspoken, outspoken style, failed to inspire Islamist fighters like bin Laden or younger leaders like Abu Musab al-Zarqawi, the founder of the insurgency. Iraq that later became IS.

After the Arab Spring uprising broke out, Zawahiri sought to position al-Qaeda in competition with other radical Islamist groups in Syria, Iraq and Libya. However, this attempt ultimately failed.

Al-Qaeda’s top branch in Syria, the al-Nusra Front, ultimately chose to abandon its parent organization, refusing to recognize its connection to al-Qaeda. Another major faction, IS, also broke with Zawahiri.

Over the next decade, factions in both groups bitterly opposed each other over strategy, tactics, and even fundamental beliefs, but rarely looked to Zawahiri for guidance or to resolve disputes. challenge.

By 2020, Zawahiri has become increasingly distant. He devoted himself to writing books and essays, appearing only occasionally on videos. In September 2021, an al-Qaeda pro-al-Qaeda website published a video in which Zawahiri spoke for 60 minutes to refute rumors of his death that had surfaced at the time.

But Zawahiri made no mention of the 20th anniversary of the 9/11 attacks, nor did the Taliban take over Afghanistan in August, a month before the video was released. Nevertheless, he took the opportunity to restore the voice of authority of the past, calling for once again al-Qaeda’s violent offensive campaigns against enemies everywhere. .

“Just as they have come from all over the world against us, we must attack them strongly everywhere,” Zawahiri said in the video.

During the last years of his life, when the Taliban came to power in Afghanistan, Zawahiri retreated to a safe house in the Shirpur area of ​​central Kabul.

After months of monitoring, the CIA discovered Zawahiri’s whereabouts here and presented the killing plan to Mr. Biden. The US President eventually approved the plan.

On the morning of July 31, an American drone (UAV) launched two Hellfire missiles while Zawahiri stepped out on the balcony of the house. The leader of al-Qaeda was killed after a loud explosion. “Justice has been served, the terrorist leader has been wiped out,” Biden said in a statement about the raid.